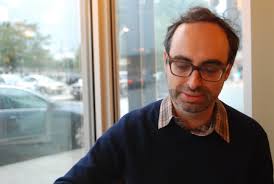 What many scholars of Hannah Arendt miss (perhaps because they don’t want to see it) is the fact that “The Jew as Pariah” ends on the note of normality.  Although Arendt devotes much of the essay to discussing the schlemiel (as Pariah), she ends her essay with a discussion of Kafka.  Unlike Heinrich Heine and Charlie Chaplin, who both were committed to the schlemiel, Arendt claims that Kafka was not.  In fact, unlike her readings of Heine and Chaplin, she makes a biographical reading of Kafka’s work and claims that the secret of all of Kafka’s novels (with the exception of Amerika) is the desire for normality.  In other words, at the end of the day Arendt thinks that Kafka, like herself, rejected the schlemiel in the name of normality.  To be sure, she saw the “exceptional” status of the schlemiel (and its constant challenge to the status quo) to ultimately be a problem and normality to be the solution.  With a historical view prominent in her mind – a view that has much resonance with Zionism – Arendt believed that the schlemiel served a historical purpose but it was not the goal so much as a means to a different end.

Since it moves from the schlemiel to, at the end very end, becoming “normal,” the latter half of Gary Shteyngart’s The Russian Debutante’s Notebook, echoes Arendt’s reading of the schlemiel.   To get there, however, Shteyngart adds an extra stage in which the schlemiel becomes a bad-man before he becomes a “dad-man” (that is, a normal American).  I find that the trajectory mapped out by Shtyengart’s novel sheds light on Arendt’s map of the schlemiel’s transformation.  And the light it shines on her model discloses what I have thought all along about it; namely, that her reading of the schlemiel is a bad ending to what she calls a “hidden tradition.”  For in losing the schlemiel, Jews also may lose what is distinctive and “exceptional” about Jewishness.  At the end of Shteyngart’s novel, the loss, however, is not so much about the loss of Jewishness as the beginning of a new, normal life in America as an American father and husband; not as a Russian-American and not as a Jewish-American.  And this, I hold, is a “dad ending.”

But before we can get to this “dad ending” and to the normal life, Shteyngart shows us that Vladmir, the main character, must go through the experience of being “exceptional” (in the powerful and “bad” sense).  To this end, Shteyngart begins the process of transformation by way of an exceptional event: namely, the attempted rape by a powerful drug dealer in Miami named Jordi.  As I pointed out in the last blog-entry, this event prompted Vladmir to become more masculine.  In the midst of his flight, the narrator and the character reflect how Vladmir will no longer be a victim.  He realizes that all of his life, before that point, was about making him a victim:

Everything had changed. His body had been handled by a man whose intent was to hurt….How meager the insults of his childhood by comparison to what had just happened.  All the miserable years of adolescence, the daily drubbing at the hands of parents and peers, had been no more than a dress rehearsal; all those years, it turned out, young Vladmir had been preparing himself for victimhood.  (155)

When he arrives in Prava, Vladmir is greeted by an entourage:

A detachment of men, each with a small Kalashnikov at hip level, swiftly parted the Americans into two screaming herds.

The requisite red carpet was rolled out between them.

A convoy of BMWs and armor-plated Range Rovers was assembled in protective formation.

Following this grand welcome, Vladmir is introduced to his “new benefactor” (“The Groundhog”).   Although there are many comic moments in this display of power, the comedy is based on the feeling and expression of power. And even the narrator’s descriptions try to make light of it all by paying close attention to the aesthetic aspects of this display in honor of Vladmir:

In an impressive piece of postmodern choreography, twelve car doors were opened simultaneously by twelve lanky Stolovians….Inside, the sober German interiors were violated beyond comprehension with Jersey-style zebra-striped seats and wooly cupholders. (190).

As Valdmir takes this all in, he realizes the opportunity he has to do something he never has done: become a leader.  However, here, he would be the leader of a crime ring (with, of course, the oversight of his benefactor: The Groundhog).  Vladmir takes all of this on when he is asked to speak at the “Biznesmenski” lunch.

At this lunch, Vladmir takes on the role of leading The Groundhog and all of his underlings to greater economic success:

I propose that I single-handedly infiltrate the American community in Prava. Despite my fluent Russian and my tolerance of drink, I can easily double as a first-rate American.  My credentials are impeccable.  I have attended one of the premier liberal-minded colleges in the States and have a profound appreciation for the dress, manners, and outlook of the disaffected young American set.  (201)

They all applaud his plan to rip-off young “disaffected” Americans who come to post-Communist Eastern Europe (in general, and Prava in particular) as a way of rebelling against their parents and wealthy upbringing.  When asked what he needs to accomplish this, he tells them he needs a “certain amount of money per week for drinks, drugs, taxis, whatever it takes to ingratiate myself in the community”(201).  He estimates this will amount to an initial $6000 and, following this,  $2000 a week.  They agree and, floating on this success (a success that we saw at the end of his “curious arc of dreams” – but with a major difference), he gets to work.

To get things underway, Vladmir goes to the area where Americans hang out and there he stumbles across a poet by the name of Perry Cohen.  He introduces himself to Perry as a “novelist-poet-investor.”  And, as he in the midst of talking to Perry, he concocts his scheme to get money from them and to run.

In the next blog entry, I will discuss Vladmir’s relationship with the American community in Prava and how, once he gets to know them, it takes a turn.  Following this, I will 1) show how close Arendt and Shteyngart are in their reading of the schlemiel and its “end”and 2) look into the meaning of Shteyngart’s “dad ending” and how it compares to Arendt’s ending. 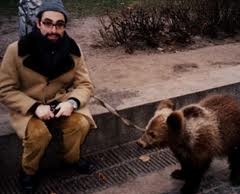 Vladmir Girshkin is the main character of Gary Shteygart’s novel The Russian Debutante’s Handbook.   It is the story of a particular kind of Immigrant-Becoming-American-Schlemiel and his becoming-American world.  The “arc of his dreams,” as the schlemiel-like narrator of the novel shows us, begins in Russia and ends in America.  These dreams come from a character whose story (and whose persona) is characterized as “Part P.T. Barnum, part V.I. Lenin, the man who would conquer half of Europe.”

If we listen closely to this sentence, we will have to ask two simple questions:

1)    If Lenin was the man who would conquer half of Europe, was P.T. Barnum the man who conquered the other half?

2)    What does it imply that Vladmir’s story is one part Lenin’s power and the other part, so to speak, “American circus power”?

In response to this, I’d suggest we ask what P.T. Barnum’s power is and how that power relates to Vladmir, and what Lenin’s power is and how that relates to Vladmir.  On the one hand, the power over “the other part of Europe” is an American-carnivalesque-power.  And this, as we see in the novel, is part of Vladmir’s character and is part and parcel of the narration of Vladmir’s story.  This circus power is the power of the American-schlemiel-dreamer.  On the other hand, we have the power of Lenin which is political, intentional, and masculine.  I’d suggest that the latter is humored by the former and that the schlemiel is kept in check by the latter.

But the narrator shows us, right off, that America has the home team advantage, since the story doesn’t begin in Russia; it begins in a shabby immigration office in Manhattan.  And the story takes off in the most mundane way, which indicates that Vladmir may in fact dream of power since he has none.  But we see something other than power in his office. He is in the “middle of (immigrant) things.”  The story begins…

On a Monday morning. In an office. With the first cup of instant coffee gurgling to life in the common lounge.

But not so fast.   This scene of the immigration office is revised by the narrator. His revision gives you a sense of the narrator’s way of thinking and speaking.  He tells us of how Vladmir’s

…story begins in New York, on the corner of Broadway and Battery Place, the most disheveled, godforsaken, not-for-profit corner of New York’s financial district.  On the tenth floor, the Emma Lazarus Immigrant Absorption Society greeted its clients with the familiar yellow water-stained walls and drying hydrangeas of a sad Third World government office.

While this is all going on, Vladmir is in “the back office.”  He is the immigrant schlemiel: “the immigrant’s immigrant, the expatriate’s expatriate, enduring victim of every practical joke the late twentieth century had to offer and an unlikely hero of our times.

Reading these words about a fool who is the “unlikely hero of our times,” I am reminded of the title and main theme of Ruth Wisse’s schlemiel-theory opus: The Schlemiel as Modern Hero.   At the end of her book, it seems as if the schlemiel ‘was’ a modern hero but is no longer one since (in the early 1970s) Jewish American writers like Phillip Roth wanted to put an end to the schlemiel.

The schlemiel can only live in a world which is neither fully optimistic nor fully skeptical.  And the world of the 1970s wanted to create more “positive” images of the Jew in which Jews were shown as normal, strong, and American.  The schlemiel, interpreted by Roth (in Portnoy’s Complaint) and Bruce Jay Friedman (in Stein) as a half-man and a loser, seemed to have been something they had left behind after they wrote his obituary.

To add to this, Irving Howe thought Jewish literature would lose its Jewishness the farther it went away from its immigrant roots. But this opening of the novel challenges Howe, Roth, and Friedman.  And it puts forth the new “unlikely hero” who also happens to be an immigrant.

In one fell swoop, Shteyngart shows us how the schlemiel lives on but as a new kind of immigrant: Vladmir Girshkin.

His becoming-American is the story of a schlemiel – an “unlikely hero” whose story is part P.T. Barnum and part Lenin.

(I will be blogging more on this extraordinary novel over the next few weeks.  This will, of course, be interspersed with blog entries and guest blog entries about new and old work on, about, or related to the schlemiel.)