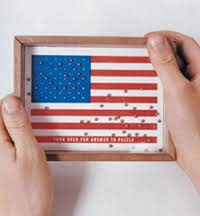 Historically, one will find that one of the founding ideas behind this or that revolution or political movement is the idea that a nation, people, or sex, etc needs to rise up and assert that it will no longer be a victim or slave to this or that system, ideology, or people.  When this movement of “liberation” happens, certain traits that are deemed to have caused this victimhood will be targeted for elimination.  For many of the first Zionists who wanted a new state and for many Jews of Germany who wanted to be accepted as equals, the traits that they found most problematic, the traits that kept them from the state or acceptance could be found in the schlemiel.  For many Jews, the schlemiel represented the parts of the Jewish people that they wanted to leave behind: these parts were, in their view, too “feminine” and too open to victimhood.  Jews, they believed, needed to stand up and reject these traits.  Independence and equality were contingent on rejecting them.  And the “new Jew” or the assimilated German-Jew would be more independent and masculine than the “old Jew” or the “ghetto Jew,” which found its caricature in the schlemiel.  This reading, I would like to stress, differed considerably from the Eastern European reading of the schlemiel.

As I pointed out in yesterday’s blog entry, the reading of the schlemiel as a victim re-emerges in Gary Shteyngart’s The Russian Debutante’s Notebook.  Vladmir, throughout the beginning of the novel plays the schlemiel.  But never once does he or the narrator refer to Vladmir as a “victim.”  And, as readers, we enjoy the dreamy meditations and happenings that we see Vladmir drift in and out of throughout the novel.  His foolishness is charming.  However, the dreams at the end of his story arc, the dreams of money, lead him into a near rape experience.  And this shifts his perspective on himself; the narrator is the one who notes this change:

Everything had changed. His body had been handled by a man whose intent was to hurt….How meager the insults of his childhood by comparison to what had just happened.  All the miserable years of adolescence, the daily drubbing at the hands of parents and peers, had been no more than a dress rehearsal; all those years, it turned out, young Vladmir had been preparing himself for victimhood.  (155)

This implies that the whole novel up to this point is about a character who was “preparing himself for victimhood.”  But now, in the wake of this near-rape experience, Vladmir punches his pursuant (Jordi) and flees the hotel.  And this flight, I aver, is a flight from the feminine to the masculine.  It is also a flight from America to Eastern Europe where Vladmir will now lead a life of crime with a group of other men.  But, as I noted before, his flight, at a certain point, ends; and his transformation is partial.

The tone, writing style, and content of the novel change dramatically as he flees the hotel.  When he leaves, he flags down a taxi that is driven by an Israeli named Ben-Ari (which in Hebrew means “son of a lion”).  Shteyngart’s decision to have a masculine Israeli named Ari pick Ivan up is not by any means arbitrary.  To be sure, it fits into the anti-victimhood theme that he is playing on (after all, as I mentioned above, the concept of the “new Jew” emerged out of the Zionist idea and was embodied, to some extent, in the Sabra ideal).

The cabdriver, some kind of Middle Eastern pituitary giant…asked if Vladmir’s girlfriend had kicked his ass.  His nameplate read Ben-Ari, or Son of a Lion…(156)

In response to Ben-Ari’s question, Vladmir acts as if he is masculine, enjoys it when he says the word “bitch,” and “commands” Ben-Ari to flee to the airport:

“And I’m leaving the bitch for good,” Vladmir said (given the events of the last hour, it was oddly comforting to appropriate that word – “bitch”).  “To the Fort Lauderdale airport!” he commanded. (156)

As the drive goes on, Vladmir gets a crash course in masculinity by the Israeli cab driver who challenges him to pay the price he has specified or drop him off while compelling him to tell the truth about this or that crime Vladmir may have committed to drive him into this desperate situation.  At a certain point, Vladmir realizes that Jordi, a drug dealer, may be one step ahead of him and will be waiting for him at the airport. This is confirmed when he sees the cab surrounded by the Peach Caddys that, he assumes, are Jordis.  Seeing this, he orders Ben-Ari to change course and go to New York.

This bold move is costly and Ben-Ari makes him pay top dollar for it.  The narrator emphasizes Ben-Ari’s masculine reaction to hearing the news that he must change course:

When deciding what to do, we also see “the lion’s” masculinity.  Vladmir gives him the Rolex that Rybakov gave him plus $5,900 dollars.  In other words, all the money he had acquired in “gifts” from Rybakov and the underlings of “The Groundhog” were handed over to Ben-Ari.  His dream of accumulating more money has been smashed.

When they arrive in New York City, his dream is further smashed.  Vladmir ordered Ben-Ari to drop him off at Fran’s house thinking it would be safe.  But when he gets within view of the front door of their apartment building, he notices that Jordi is there waiting. Before Vladmir flees, we see him patting Fran’s father on the back.  At this point, Vladmir makes the snap decision that he must leave the USA for Eastern Europe.  He must join Rybakov’s son “The Groundhog” and his crime ring in Prava.  He wants to leave his victimhood behind and in Prava he looks to be a leader.

When he comes to these realizations, he reflects on how he was an victimized schlemiel and how, unlike the past (and unlike the schlemiel), he has learned from his failures.  He is ready to leave and ready for a change into someone more masculine:

He had failed once again, but this time he had come away all the wiser.  The boundaries, the contours of victimization at the hands of Mother, Girlfriend, and this dough-bellied adopted land of his, were all to clear. He would never suffer like that again.  In fact, he would never be an immigrant agin, nevermore a man who couldn’t measure up to the natives.  From this day forward, he was Vladmir the Expatriate, a title that signified luxury, choice, decadence, frou-frou colonialism.  Or, rather, Vladmir the Repatriate, in his case signifying a homecoming, a foreknowledge, a making amends with history. (179)

There, in Prava, he would be “at home.”  And there he would reclaim some kind of masculinity which he had lost when he left Russia to become an American.  He leaves the immigrant-becoming-American schlemiel experience, which, in his view, made him a victim and a failure.

The answers to these questions, as well as the “curious arc” of Vladmir’s flight and dreams, show us a new kind of schlemiel; one that speaks to our times in a complex and nuanced manner.