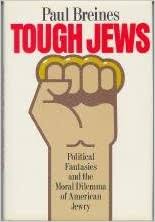 Freud, Marx, and Nietzsche are often seen by academics as figures of modernity. Their thoughts and writings have touched countless scholars who have seen the Modern world through their lenses. One can also read the schlemiel and this characters Jewishness through them, even if it is – as is the case with all of them – through opposition to the schlemiel and Jewishness. One need only think of Marx’s essay on the “Jewish Question” or Nietzsche’s exaltation of the ubermensch. But the thinker of modernity who is most important for thinking the schlemiel or Jewishness, according to Daniel Boyarin and Paul Breines, is Freud.

Daniel Boyarin and Paul Breines read Jewishness (and the schlemiel or “gentle Jew”) through Freud. They argue that Freud’s recollection of his “father’s hat in the mud episode” is a watershed moment not only in the transition of Jews into modernity, but also a figure of the moment in history when the “tough Jew” came into conflict with the “gentle Jew” (that is, the schlemiel and frail mensch/bochur).

Modernity spelled the end of a Jewish figure that was part and parcel of Jewishness.

Boyarin, “With all that has been written about this text connecting it with Freud’s individual psychology, I think it has not been sufficiently emphasized how emblematic the story is of a historical moment, the parallel shift of Jews from ‘traditional’ to ‘modern’ and ‘eastern’ to ‘western’, and the ways that both are intimately implicated in questions of male gender”(34, Unheroic Conduct)

At that point I was brought up against the event in my youth whose power was still being shown in all these emotions and dreams. I may have been ten or twelve years old, when my father began to take me with him on his walks and reveal to me in his talk his views upon things in the world we live in. Thus it was, on one such occasion, that he told me a story to show how much better things were now than they had been in his days. “What I was a young man,” he said, “I went for a walk one Saturday in the streets of your birthplace; I was well dressed, and had a new fur cap on my head. A Christian came up to me and with a single blow knocked off my cap and shouted: “Jew! Get off the pavement!” “And what did you do? I asked. “I went into the roadway and picked up my cap,” was his quiet reply. This struck me as unheroic conduct on the part of this big, strong man who was holding his little boy by the hand. I contrasted this situation with another which fitted my feelings better: the scene in which Hannibal’s father, Hamilcar Barca, made his boy swear before the household alter to take vengence on the Romans. Ever since that time Hannibal had had a place in my fantasies. (Interpretation of Dreams, my emphasis)

Boyarin represents this moment in epic terms and parts with Freud. Boyarin prefers his father’s “unheroic conduct”(the title of Boyarin’s book) to Freud’s masculine fantasies of Hannibal (which, for Boyarin are anti-Jewish, even self-hating):

First of all, there is the signal that a historical shift is at stake in the father’s declation that he is about to tell the story that will indicate how much “better things are now.” Second, there is the indication of the shift in space. The incident took place in “the streets of Freud’s birthplace,” that is, in the eastern place from which the Freud’s had come to Vienna. Third, ther eis the indication that Freud’s father had been, at that time, a very traditional Jew. He was wearing a streimel, the Sabbath fur hat of the East European Hasid….All of these cultural forces are explicitly concatenated with the ideas of masculinity within the text. Freud’s father, “a big, strong man,” behaves in a way that Freud experinces as shameful, and Freud seems to know that…this passivity has to do with his father’s Jewishness.

In fact, as Martin Berman has noted, the “feminine” response of Freud’s father in this incident was not “unheroic” but antiheroic and indeed traditionally Jewish: ‘A Jew was expected to be able to control his anger, not to be provoked; his feelings of inner dignity were sustained by a belief in his own spiritual superiority which a ruffian and a ‘Goy’ and in no way touch.” For traditional Jewry there were both alternative civilities, Edelkayt, and alternative paradigms of ‘manliess’ that could be summed up in the relatively modern term mentsch. (35-36)

Boyarin sees the gentleness of traditional Judaism (Edelkayt) as the meaning of Yiddishkeit. (Boyarin sees Yiddish as a non-masculine/feminine language as opposed to Hebrew, which is, for him, “masculine”). Boyarin sees Yiddish as linking men and women in a language that has nothing to do with the masculine: “The Yeshiva Bochur, as the Male Ideal (the later mentsch) and the domestic and female”(37).

This ideal of the gentle Jew is, because of the “westernization process” “abandoned for a dawning ideal of the ‘New Jewish Man, ‘the Muscle Jew,” a figure almost identical to his ‘Aryan’ confreres and especially the ‘Muscular Christian’, also born about this time”(37).

In other words, what Paul Brienes calls the “tough Jew” comes out of the process. Unlike Boyarin, Breines sees the gentle Jew embodied in the Schlemiel and the Schlemiel’s body, not the Yeshiva Bochur or the metsches body.

Breines, like Boyarin, cites Freud in much the same manner: to illustrate the dawn of the split between the gentle (traditional) Jew and the “muscle Jew.” The latter, for both, is a male fantasy (which we see embodied with Freud’s shame that his father opted to do nothing and be “unheroic”).

Both see the idea of Jews having a nation state as making the schlemiel/gentle Jew option untenable, since the Nation State needs people to go to war for it and die for it. They would rather the Jew be stateless. Freud, for them, made a mistake and became a self-hating Jew of sorts. But that’s not his fault; as Boyarin and Breins argue, it’s a part of Jews becoming modern.

What is the solution to the “tough Jew” problem that Freud poses? Is it, as Boyarin seems to suggest, a return to traditional Jewishness (Yiddishkeit, Edlakayt, the Yeshiva Bocur) or is it a return to the schlemiel and gentleness, which Breines seems to suggest? Can we go beyond Freud by choosing what he rejects?

I write “seems” because, Breines way of going beyond Freud is to argue that the schlemiel and the tough Jew dichotomy should be transcended. He argues that, after the Holocaust, in figures like Nat Dickstein of Ken Follet’s, The Triple, whose body is weak, schlemiel like, yet his actions are those of a tough Jew who kills Arabs and Russians to protect Israel. The schlemiel’s body, argues Breines, justifies the killing and makes it moral.

To go beyond the schlemiel in the post-Holocaust era, would suggest – since Brenies is no fan of Zionism (and neither is Boyarin) – is to become anti-Israel. He wants to channel the “ethical” aspect of the schlemiel in this direction because he, like an anti-Zionist such as Marc H. Ellis, thinks that the ethical calling for Judaism is to say “Judaism does not equal Israel.” The diasporic positon, it seems, for all of them is not comical; its political and utterly serious. Marc H. Ellis thinks its “prophetic.”

While they make these points, the fact of the matter is that the schlemiel has become a norm in American culture. The dichotomy doesn’t seem to work, and the alternative to it is either to become gentle (a schlemiel) or militant (politically). But there are more problems with this either/or.

Isn’t the tough Jew being sublimated in such anti-Zionist militancy whether in Breines, Ellis, or even Boyarin?

All of them feel like they have the real grip on the meaning of Jewishness and to have taken to political activism as the only solution. To be sure, this is a route that Hannah Arendt was traveling when she said, in 1944, that Chaplin’s Great Dictator (the schlemiel) was displaced by superman. In our time, the figure of people like Judith Butler, who took on Arendt’s mantel, is the political anti-schlemiel whose main target is Israel.

The schlemiel reminds us that militancy isn’t the answer. The comedy of the schlemiel is something that resists it all. Freud knew this when he wrote Wit and the Unconscious. That’s the Freud we don’t hear about in either Boyarin or Breines’ books because you can’t find the tough Jew/gentle Jew dichotomy in place and also because not all fantasies – as Freud knew – are fantasies of power.

The schlemiel is a dreamer, not a fighter. As I.B. Singer points out, Gimpel is looking for someone who won’t lie to him and he is foolish enough to believe he can find one who will. This isn’t a fantasy of power. It’s the dream of trust, which is the bedrock of humanity. Our greatest fantasy (one we share with Gimpel) is that, despite all of the violence and militancy in the world, humanity is trustworthy. It’s also a fantasy of Judaism: just like the Jewish people trusts in God, God trusts the Jewish people. But history – the greatest threat to keeping ancient promises – says the contrary.