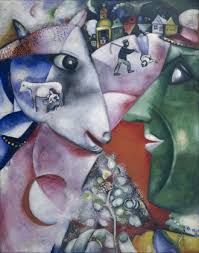 At the outset of Sholem Aleichem’s Tevye the Dairyman, there is a letter – dated 1895 – addressed from Tevye to Sholem Aleichem, the author.    At the top of the page is an expression that is used by Jacob to describe himself: “Kotonti – I am Unworthy.”  The English translation of the word, Kotonti as “I am unworthy” is not literal (although it is consistent with the verse that follows in the Bible).  Kotonti means “I am small.”  To be sure, this gesture of humility – of smallness – underscores not just Tevye’s story but his humor as well.   Let me cite the first two paragraphs of the book to illustrate this gesture:

In honor of my dear, beloved friend Reb Sholem Aleichem, may God grant you health and prosperity together with your wife and children, and may you have great fulfilment whatever you do and wherever you go. Amen Selah!

Kotonti! I am unworthy!  This I tell you in the language of our Father Jacob spoke to God in the portion Vayishlach, when he went to meet Esau.  Bu tit is not entirely appropriate, I get you, Pani, Sholem Aleichem, not to be upset with me, as I am an ordinary man and you certainly know more than I do – who can question that?  After all, living one’s life in a little village, one is ignorant.  Who has time to look into a holy book or learn a verse of Rashi? (3, Tevye the Dairyman and Motl the Cantor’s Son).

Aleichem’s humor is one of self-deprecation.  He honors the haskalic man, the Jewish intellectual, Sholem Aleichem, who wants to bring the story of the little man to the world.   What is so laughable about Tevye, according to Ruth Wisse, are his mistakes and his excessive use of language in order to impress Aleichem.  Despite the fact that Tevye says he is ignorant, he does try to show that he knows a little something.  Yet, at the same time, he keeps on showing how small he is.

I don’t know what you found so interesting that you would devote your time to an insignificant person like myself, to write me letters and, unbelievably, to put my name in a book, make a big fuss over me, as if I were who knows who.  For that I can certainly say, Kotonti! – I am unworthy! True, I am a good friend of yours, may God grant me a hundredth portion of what I wish for you! You know very well that I served you in bygone years when you were still living in the big dacha – do you remember?  I bought you a cow for fifty rubles that I bargained down from fifty-five.  It was a steal.  So she died on the third day? It wasn’t my fault. Why did the other cow I gave you also died….Even with the best intentions things like this can happen! (3)

What makes this funny, besides the self-deprecation is the fact that, like many a schlemiel, he realizes that, despite his intentions, “things like this happen!”  He seems to have no control over the soup that spills on the schlimazel (who in this little story is the author himself, Sholem Aleichem).   He wants to help him. But unexpected things happen.  Although bad luck is not a laughing matter, here, it is.  What’s going on?

There are a number of different theories about comedy – from Thomas Hobbes to Henri Bergson and Freud – which read humor in terms of power.  We laugh at the one who stumbles and falls because, quite simply, we are in a better position from them.  We are fortunate, they are not.  But this laughter is not at something tragic.  The person who has misfortune – in this or that comedy performance or joke – makes a mistake.  They repeat things that are, as Bergson would say, mechanical and lack elan vital.  But is this the case with Tevye?  And how do we read his humor in terms of his relationship to Aleichem?  Why would Aleichem – who is in the position of the listener, like us – find him funny?  Did he see him as a poor, ignorant man who, because he talked to much or made bad decisions, was laughable?  Would Aleichem find Tevye’s “smallness” a joke since he sees him from the height of power and bigness (after all doesn’t Tevye note this in his self-deprecation)?

I turned to Freud for an answer or, at least, to pose a question: What makes Tevye funny? And when we laugh, what does that say about…us?

His essay on “Humor,” published in 1928, starts off by saying that there are “two ways in which the process at work in humor can take place”(263, Freud: Character and Culture).    Freud looks at humor from two different positions which one can associate with Tevye, Aleichem, and the reader:

Either one person may adopt a humorous attitude, while a second person acts as a spectator, and derives humor from the attitude of the first; or there may be two people concerned, one of whom does not consider himself taking any active share in producing the humorous effect, but is regarded by the other in a humorous light.  (263).

The conceit of Tevye’s introduction is that both positions are at work.  While Aleichem is a spectator to Tevye’s self-deprecation and humor, he is also the author of this tale.   According to Freud, the first kind of humor refers to the subject’s self while the latter to others.  However, the latter is at the expense of the other.   Is Aleichem, like the reader, distinguishing herself from the small, mistake ridden subject?

Freud argues that either way one looks at it, the same release of energy is at work in humor:

Like wit and the comic, humour has a liberating effect.  But it also has something fine and elevating, which is lacking in the other two ways of deriving pleasure from intellectual activity.   Obviously, what is fine about it is the triumph of narcissism, the ego’s assertion of its own invulnerability.   It refuses to be hurt by the arrows of reality or be compelled to suffer.  It insists that it is impervious to wounds dealt to it by the outside world, in fact, that these are merely occasions for affording it pleasure.  This last trait is the fundamental characteristic of humor.  (265)

With this in mind, we can say that Freud would read Tevye and Aleichem as protecting themselves from the “arrows of reality” and “suffering,” albeit for entirely different reasons. Ruth Wisse takes this reading on when she argues that humor is a way of surviving the horrible times that Jews went through (notice the date of the letter in the novel is 1895, a time when Jews were and had experienced waves of violence through pogroms).   There is no mention of these pogroms.  There is only a positive attitude that uses humor to protect the ego from being crushed by anti-Semitism and hate.

What is ironic is the fact of the matter is that by becoming small, by saying I am small, and making the ego small, Tevye’s ego is protected.  He makes himself small in relation to the intellectual.  His simplicity and self-deprecation is his salvation.  But if we look at him from the positoon of Freud’s second person mentioned one should sees another kind of position.  If the joke is on Tevye, than means that we have survived him.  While he is small, we are big. We, like Aleichem, do not dwell in small villages and are not of the working class.   We identify with the artist.

But today, in retrospect of the Holocaust and what happened to millions of Jews who died in the Holocaust, can we, rather, bypass Sholem Aleichem’s position and imagine that we are in the presence of Tevye and his self-deprecation?   Can we laugh at how small we are?  Can we laugh at how ridiculous we are?  Or are we too smart for that?   Do we have choice in the matter?

Wisse, in her reading of Aleichem, makes an interesting observation.  She argues that there is a tension between hope and skepticism in his work.  I would go further and argue that this difference has to do with who we identify with – Tevye or Aleichem – and how we identify.  Are we, because of history, in a skeptical position?  Or can we see the position of self-deprecation and smallness as something that can give us hope in a time that is riddled with skepticism?  Perhaps it is the case that every identification with smallness and self-deprecation will be riddled with skepticism as we, as Holderlin said of Oedipus, have an “eye to many” (we know too much).

I have a third option that one can draw from Tevye himself.

Before we do stand-up, which, to be sure, has a lot to do with simply saying who we are, what we believe in, what we find amusing, and what we worry about or are puzzled over, perhaps we should honor the other and give her blessings.  Perhaps we should take note that our foibles are in the face of someone who is better than we are.  Perhaps we should take note that it is an honor that she is listening to us.   In relation to them, we are small.  But when we take the “second position,” we are large.  Although, in our culture, that happens all the time when we call people names and make fun of them and make ourselves big, it’s not right.

Tevye is right.  To you I say: Kotonti!