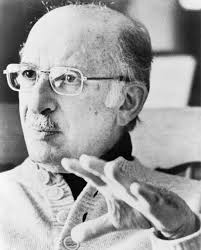 One of the most fascinating things Walter Benjamin notes about Franz Kafka’s main characters is that many of them are what he calls “prehistoric.”  Several of these characters are actually animals or insects: they include apes, bugs, and mice.  They exist in a world that is not outside of history, but before it.  Taking another approach, and addressing Kafka’s animals, Gilles Deleuze (in his book Kafka: Toward a Minor Literature) has argued that we must understand what it means that many of Kafka’s characters lived in an ambiguous realm between human and animal.  He believed that Kafka’s characters effaced the line between man and animal by way of language.  For, according to Deleuze, Kafka was not interested in creating a metaphor by way of this or that animal who can speak, think, etc. Rather “Kafka deliberately kills all metaphor, all symbolism, all signification, no lees than all designation(22).  Kafka was interested, instead, in “metamorphosis” and “metamorphosis is the contrary of metaphor”(22).  Based on this claim, Delezue, discussing Kafka’s animals, argues:

There is no longer man or animal, since each deterritorializes the other, in a conjunction of flux, in a continuum of reversible intensities.  Instead, it is now a question of becoming…(22)

For this reason, Deleuze suggests we read Kafka’s man-animals in terms of “the crossing of a barrier, a rising or a falling, a bending or an erecting, an accent on a word.”  He takes this to another level by saying that language barks, roams, climbs around, etc:

The “animal does not speak ‘like’ a man but pulls from language tonalities lacking signification; the words are not “like” the animals but in their own way climb about, bark and roam around being properly linguistic dogs, insects, or mice. (22)

Reading this, I wondered how should I read the descriptions of the main character of Bernard Malamud’s The Natural, Roy Hobbs.  As I pointed out yesterday, Hobbs, at the outset of the novel, has a kind of mythic and prehistoric kind of existence.  He comes out of nothing, but this nothing has a primitiveness to it.

Hobbs stumbles in and out of a kind of primitiveness and comes in and out of prehistoric state.  But rather than read Roy as a metaphor, perhaps we should take Deleuze’s reading as a cue and read Roy as sounding out new tonalities of a wild, American language.  But, how, I wonder, can we separate Roy’s story from this kind of language.  To be sure, his dreams, his blindness, and his absent-mindedness are connected to this language.   His pre-historic state, as Benjamin might call it, is to be found in the America he encounters as he comes face to face with the possibility of being a star. He doesn’t understand it, but he desires it.  He’s simple, as is his language.  And his encounters with physical reality,  people, and dreams bring out a simple and wild American tonality.

At the outset of the novel, before he encounters people Roy gets up bright and early to eat breakfast.  His movements into his clothes are “acrobatic” and highly physical.  Malamud’s language brings out this tactility and animality which, it seems, is ready for anything:

Roy peeled his gray sweatshirt and bunched down the white ducks he was wearing for pajamas in case there was a wreck and he didn’t have time to dress.   He acrobated into his shirt, pulled up the pants of his good suit, arching them high, but he had crammed both feet into one leg and was trapped so tight wriggling got him nowhere…Grunting, he contorted himself this way and that till he was last able to grab and pull down the cuff with a gasp.. (4)

After he is fully dressed, and steps out, Malamud reminds us of the man-animal dialectic:

Dropping on all fours, he peered under the berth of his bassoon case.

Seeing him on all fours hunting for his case, the porter, who comes by asks him, indirectly about the case: “Morning, maestro, what’s the tune today?”  Roy responds, “It ain’t a musical instrument.”  He tells him that what is in the case is something he has “made himself.”  The porter, hinting at the pre-historic and the primitive asks, “Animal, vegetable, or mineral?”

But in response Roy tells the porter that it is nothing natural; rather, it is “just a practical thing.”  Following this, there is a volley about what’s hidden in the case.  He gives several guesses which, in a  comical manner, mock out the meaning of “practical”: “a pogo stick,” a “foolproof lance” a “combination fishing rod, gun, and shovel.”

Instead of answering, Roy changes the subject to where they are going and how long it will take to get there.  From their discussion, we learn that Roy has only visited two places, both of them in the west: Boise and Portland, Oregon.  He hasn’t been to any major city.

When he tells him that he is going to Chicago, “where the Cubs are.”  The porter perks up and asks, sarcastically, if there are also “lions and tigers there.”  Roy, in response, says that the Cubs are a ball team.  But this is the game.  He’s playing Socrates to Roy and looks for him to say it.

For after saying it, we see the punch line; namely, that the porter asks if you “are one of them” (a ballplayer).  When Roy says yes, the porter bows and says: “My hero. Let me kiss your hand.”

This makes Roy smile but it also “annoys” him.  This foreshadows his ambivalent relation to his fans.  He does and does not want to be recognized as a star.  And this may have much to do with the fact that his relation to others, other humans who recognize him, is different from his primitive relations to things.

He may have a playful relationship with the porter, which makes him smile, but it is based on a set of conditions.  A ball player must be successful; his relations to physical reality, evinced by all of the words and tonalities brought out in his waking movements into clothing, disclose another aspect of language and a different way of life.

This relation to the porter also includes a language with its own rhythm, but this language is based on something historic not pre-historic.  It is based on the fact of recognition and the fact that Roy may make history and be a hero for others.  And this irks him.  In other words, making history is and is not of interest to him.  He is unsure. And this, I would argue, has to do with the fact that his relations to “the ball” are ambiguous. Are they the relations of an animal or pre-historic being to “the ball” or are they the relations of a hero?

The fact that the ball is called a “pill” – later in the novel -indicates that his entering history has to do with entering into a game that feeds addiction.  And, perhaps, this is an addiction to heroes and success.  This is a human and an American addiction which, nonetheless, emerges from something pre-historic.

And this is something both Franz Kafka (in his book Amerika) and Walter Benjamin understood about America.  It was a land where the pre-historic entered history in the form of the “natural theater.”  However, had they read Malamud, one wonders how they would have conceived of the relation of man to animal.  At the outset of this novel, Hobbs, “the natural.” dwells on the cusp of history and somewhere between man and animal.  In this space we can hear the new tones of a new American language that is struggling to speak.