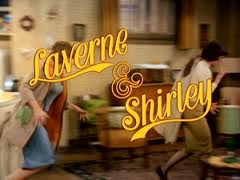 I have been thinking about the timing of the schlemiel in many different entries.  But, to be sure, one of the most insightful entries into the timing of the schlemiel came to me by way of a guest post by Professor Jeffrey Bernstein.   On March 24th, he wrote a guest post for schlemielintheory.com entitled “Schlemiel, Shlimazel….Augenblick Incorporated.”  It addressed an earlier post (and other posts) that addressed the relationship of the schlemiel to the prophetic and the messianic.    Bernstein’s post, on the one hand, looks into how and whether the schlemiel’s temporality relates to the models of temporality handed down to us from such religious figures and theologians as Paul, Augustine, and Luther, on the one hand, and from such philosophers as Giorgio Agamben and Martin Heidegger.  On the other hand, he asks, in the wake of these whether another model exists.  I think Bernstein is on the right track and I would like to briefly go over his readings and his suggestions before I give my two cents.

Bernstein begins his blog post by correctly noting that one of my posts suggests the tradition of the “augenblick” (the wink of the eye).  He cites that passage:  “Winking is not a straightforward gesture.  It is oblique.  And it is immediate, like a blink of an eye.”

Commenting on this, Bernstein notes that when he read this he thought of the “augenblick” of the religious and philosophical tradition and Walter Benjamin’s notion of Jetztzeit (“now-time”).  Bernstein’s question, upon seeing this, was about whether or not there is a “schlemielich temporality.”

To answer this question, Bernstein turns to the classic (American) schlemiel joke about a schlemiel and a schlemazel (or shlimazel, as one transliteration from the Yiddish has it) who go out to eat and the schlemazel asks the schlemiel to get him some soup.  When he comes with the soup, the schlemiel accidentally trips and pours the hot soup on the schlemazel.  In Bernstein’s retelling, the temporal aspect is highlighted:

Schlemiel:  Oy! Look what I did!

Commenting on this joke, Bernstein notes that there, apparently, isn’t anything indicating anything “messianic” or “prophetic.”

There doesn’t appear to be any prophetic aspect to this caricature—but of course, the littlest things contain the deepest truths.  Soup is hot; we make messes; we burn—such is life.  And what can we do except scratch our foreheads and say ‘Oy! Look what I did!’  This may be the adult secret contained in many of our childhood experiences.

To be sure, this last line does offer an important clue. But before explaining why this is the case, Bernstein correctly notes that the “augenblick” – that I associated with the schlemiel by way of the wink – does have a source in theology and philosophy.  On this thread, Bernstein points how many thinkers and theologians in the 20th century – such as Barth, Heidegger, Rosenzweig, Lukacs, Benjamin, Kafka, Adorno, Bloch, Schmitt, etc – “all attempted to articulate the sense that if historical change is to happen, it will do so instantaneously and non-teloelogically.”  To do this, many of them drew on the concept of the “augenblick.”  As Bernstein points out, however, this is nothing new.

To be sure, it goes back to Paul and finds its way to Augustine and then to Luther.  Bernstein points out how Paul’s notion of “Kairos” marks a sense of immediate and non-teleological historical change:

(It is) the eschatologically charged instant in which the encounter with God and the acknowledgment of messianic time occurs.

As Bernstein also points out, this notion resurfaces in Augustine’s “discussion of ‘the present’.  Years after Augustine, Paul’s notion of Kairos is translated, for the first time, into German by Luther as “augenblick.”  Augenblick translates Paul’s claim that the redemption will come in a “twinkling of an eye.”

After citing the religious thread, Bernstein points out the thread that leads from philosophers such as Martin Heidegger to Giorgio Agamben who read the Augenblick against the “mechanical conceptions of temporality.”  He correctly notes that Heidegger and Agamben both oppose Aristotle’s reading of Kairos as “opportune time” and how they both lean more toward Paul’s reading of Kairos.

Taking all of this into account, Bernstein argues that Augenblick is not the right term to use in reference to the schlemiel.  The reasons are as follows:

(1) ‘augenblick’ and ‘jetztzeit’ (understood as sudden and arresting) are both set over against a conception of time as homogenous, empty, identical and simply quantitative, and (2) as such, both terms are markers for a presence which the schlemiel  always seems to refuse (or, perhaps, fails to attain).

In other words, the schlemiel is much more prosaic.  He/she doesn’t appeal to this concept of time which “bears witness to a religious tradition in a context that is poetic.”  Rather, Bernstein tells us that it appeals to a Jewish sense of time.  Citing Amos Oz and Fania Oz-Salzberger’s book Jews and Words,  Bernstein points out that Jews look forward and face the past.  This recalls the reading of Paul Klee’s Angelus Novus by Walter Benjamin in his “Theses on the Philosophy of History” and Hannah Arendt’s essay on Kafka (and her introduction to her book by the same title) “Between Past and Future” where she situates the “he” of Kafka’s novels between the past and the future.

How does all of this reading of Jewish temporality relate to the schlemiel?

Bernstein brilliantly argues that “the schlemiel does not prophesy so much as ‘register prophetically’ what has already happened as what will always already continue to have been happening (Oy, look what I did).”   The schlemiel doesn’t have an “Ahah!” moment so much as an “oh…yeah!” moment.  And this is not by any means an moment of Kairos or messianic anticipation (with all of its poetry and pathos).  Rather, it is quite a prosaic and mundane moment.

I think Bernstein’s reading of the schlemiel’s temporality is right on the money.  Thirteen days before he wrote his guest post, I was pondering this kind of Jewish temporality vis-à-vis the moment in Walter Benjamin’s “Vestibule” aphorism (in One Way Street).  In my blog entry, entitled “Wink, Wink! Walter Benjamin’s Childhood Secret and his Calling to Schlemieldom,” I point how he discovers that he already is a schlemiel:

In the aphorism, Benjamin notes how, in a dream, he “visits” the home of the famed German writer, thinker, and poet: Johann Wolfgang von Goethe.  He notes that even though he was in Goethe’s house, “he didn’t see any rooms.”

Benjamin tells us how the interior of his dream space appears to him from his angle-slash-perspective: “that it was a perspective of whitewashed corridors like those in a school.”  This implies that he feels like a young student in Goethe’s house (or, rather, school of thought). In the house-slash-school, there are “two elderly English lady visitors and a curator.”  They are only “extras.”  They lead him to the secret, which, we must underscore, is to be read and written.  The curator asks that he and the two elderly ladies “sign the visitors’ book lying open on the desk at the end of the passage.”

When he opens the book to sign, he has a revelation about his name and his prophetic calling:

On reaching it, I find as I turn the pages my name already entered in big, unruly, childish characters.

This is the prophetic calling of the schlemiel.  To be sure, his name is “already” written in “big, unruly, childish characters.”  The words literally wink at him: Benjamin is in on a big joke.   This passage suggests that we all know that Benjamin was always meant to be a fool.  Moreover, it is written in the book of Goethe: the prophet, so to speak, of all German scholarship.

In the blog entry following this one, I call his realization (humorously) the “schlock of discovery.”  The point of the shock is, as Bernstein would say, not a poet “Aha-moment” so much as a prosaic “oh-yeah-moment.”  Benjamin’s discovery has a belatedness to it which is unmistakable.  And it has a prophetic element to it as well since it does, as Bernstein says, “prophetically register what has always happened as what will always already continue to happen.”  And when Benjamin says “Oy, look what I did,” he realizes that he, like a schlemiel, didn’t know what he did and only finds out later about it.  But, ultimately, the lingering question for Benjamin – in the “Vestibule” aphorism – is really “who”did this?  Am I the source of this prank or something/someone else?

Bernstein ends his piece on the schlemiel’s temporality with a contrast that brings out what is at stake; it’s the difference between a poetic and a prosaic ending-slash-beginning:

If life is poetic, we turn to TS Eliot: “After such knowledge, what forgiveness.”

If it is prosaic, what else is there to do but laugh? Incipit schlemiel…

In lieu of this, I find it fascinating that, in relation to the Messianic, the Midrash associates real laughter with a laughter-to-come.  In making this claim (or rather interpretation) it uses Psalm 126:2 as its textual basis:

Then our mouth was filled with laughter And our tongue with joyful shouting; Then they said among the nations, “The LORD has done great things for them.”

Q: How do we reconcile the schlemiel’s belatedness with this laughter to come?