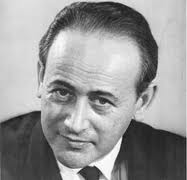 As Jacques Derrida noted several times in his celebrated essay on Paul Celan entitled “Shibboleth,” Paul Celan wrote several poems dedicated to anniversaries.  For Derrida, these repetitions of important dates operate to have us think about the tension between a date’s unique character and how, through its repetition, a date can also be effaced.  This tension speaks directly to the dates that Celan was most familiar; namely, the dates of the Holocaust in which he experienced unique loss.  This loss found its way to language.  And this, in a way, breaks the tragic silence that Celan, as a poet, was often at odds with.  And although his poetry clings to silence, it is not destroyed by it.

As Celan says in his poem “Speak, You Also,” one who speaks truly “speaks the shade.”

Speak at the last,

But keep yes and no unsplit.

And give you say this meaning:

Give it the shade.

Give it shade enough,

Give it as much

As you know has been dealt out between

Midnight and midday and midnight

Look how it all leaps alive –

Where death is! Alive!

He speaks truly who speaks the shade.

The spirit of this poem recurs and is reborn throughout his poetry, which travels along the unspoken and the unsaid giving it voice by way of allusion, relation, and constant repetition.

But there is another repetition that we don’t often hear about: a comic repetition found in his comic piece (dedicated to Theodor Adorno) called “Conversation in the Mountains.”  It also walks with the shadow.  But in this piece, the shadow has lot’s of company and comic variation:

One evening, when the sun had set and not only the sun, the Jew – Jew and son of a Jew – went off, left his house with his name, his unpronounceable name, went and cam, came trotting along…went under clouds, went in shadow, his own and not his own – because the Jew, you know, what does he have that is really his own, that is not borrowed, taken and not returned.

Schlemiel-in-theory has addressed several blog-entries to “Conversation in the Mountains” and shows how the subjects of this piece, Klein and Gross, are schlemiels.  And it is through them that we see another kind of repetition.  And through their “conversation” we can see another kind of silence which is effaced by two schlemiels talking: two schlemiels on their way, somehow, to themselves.  These two schlemiels, in the spirit of his poem, have their “say,” and they leave “yes and no unsplit.”  Unbeknownst to them, they both “speak the shade” by speaking in the shade of their names and comic repetitions.

Here are the hyperlinked posts – enjoy!