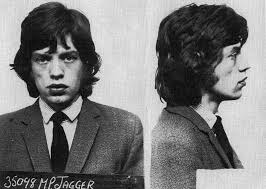 In Civilization and its Discontents, Sigmund Freud asks his readers to think about the relationship of two drives that are completely opposed: Eros (life) and Thanatos (death).   When one thinks of death one does not think of sexuality and vice versa. To be sure, the act of thinking sexuality in terms of violence is disturbing. The coinciding of the two contradicts the culture we live in and its celebration of consensual sexuality. And it suggests a type of sexuality that is forced or, on the other hand, masochism or sadism.   Just like Freud in his book Beyond the Pleasure Principle, we resist the thought because it is hard for us to understand how anyone can derive pleasure from pain. This phenomenon must be “beyond” the Pleasure Principle (which is based on the avoidance of pain and the maximization of pleasure).   However, Freud’s most important insight, in Civilization and its Discontents, is that even though we don’t want to think about such things, the era we live in forces us to give this relationship some thought.   History, Freud muses, can change how we experience the relationship of sex to violence.   War and revolution make things possible that, in the past, were not.

We live in a different era. Freud wrote Civilization and its Discontents in the wake of World War I and amidst new, dawning awareness of sexuality in Europe (which he helped to spur).   I was born in the wake of a number of different revolutions in the 1960s.   One of the legacies I received from my parents’ generation was the power of peace and love to overcome any obstacle. The slogan, “Make Love Not War,” comes to mind. The 60s also opened us up to political movements that supported gay rights and celebrated all forms of sexuality. But what I seldom heard about was one of the darkest legacies of the sexual revolution and the sixties generation: its experimentation with sex and violence. And I’m not just talking about masochism or sadism but something more disturbing.

French writers, poets, and artists are familiar with the topic of sex and violence.   Read a random passage from Marquis deSade, Charles Baudelaire, or Jean Genet and one will likely come across a reflection on this theme. Michel Houellebecq can be added to this list. In the work of the above-mentioned writers there is a literary, philosophical, and psychological reflection on sex and violence, but in Houellebecq’s The Elementary Particles, there is more of a focus on how an era may have affected the relationship of sex to violence. It opens up possibilities that, before then, didn’t exist.

Bruno, one of the main characters of the novel, is directly implicated by both legacies. His mother was involved in a cult that spread from France to California (and vice versa).   He and his brother Michel had the same mother and father but, since she left for California (only to return later in her life), they were raised by different relatives (Bruno was raised by the grandmother while Michel was raised by the father).   While Bruno is oversexed, Michel is not.   Bruno is in seek of truth and meaning by way of sexuality while Michel is interested in science. He has no interest in the truths that may be discovered by way of sex or love; Michel wants knowledge. These are two differing responses to their mother’s – and their era’s – aberrant and free flowing sexuality.   But there is another dimension to the sexual revolution that the narrator of the novel foreshadows earlier in the book: the violent one.

Over the years he had developed a cynical, hard-bitten, typically masculine view of life. The universe was a battle zone, teeming and bestial, the whole thing enclosed within a hard, fixed landscape – clearly perceptible, but inaccessible: the landscape of the moral law. It was written, however, that love contains and perfects this law.   (170)

But there is a twist. This reflection on cynicism emerges out of a reflection on an era. When Bruno discovers that Christine was also exposed to the cult, they discuss the last days of the cult. When the leader of the cult, David Di Meola is near death, Christine’s parents have her visit him:

My idiotic parents were part of the same liberal, vaguely beatnik movement as your mom was in the last fifties. They probably knew each other.   I have nothing but contempt for them, in fact I hate them. They’re evil – everything they’ve done is evil, and believe me I know what I’m talking about…Two weeks after I got there, he took poison, something mild that took hours to work, and than asked to see everyone on the estate one by one….When my turn came (to see the dying cult leader) I was very moved, but he asked me to unbutton my blouse. He looked at my breasts and he tried to say something I couldn’t make out…Suddenly he reached up to touch my breasts. But I didn’t stop him…the only thing I could see in his eyes was fear. (169)

Christine goes on to note how, David Di Meola – the son of the sexual cult leader -burnt the body of his father after he dies. Her recollection of the experience is hard to read.   She notes how “everyone starts to dance” around the burning body and “everyone took off their clothes”(169).   Christine tries to run off from this mad sexual scene of celebrating death but is taken by the shoulders and dragged back to the fire to look at “what was left of the body”(170).

In response to hearing this, we learn that Bruno is fascinated with what happened to David Di Meola. For four pages, he discusses the “trial in Los Angeles” of Di Meola who had become a Satanist, was involved in countless violent acts of sexuality and murder, and had created violent home videos recording his violence:

The video showed to the jury was of the ordeal of an old woman, Mary McNallahan, with her granddaughter, an infant. Di Meola dismembered the baby in front of the grandmother with a pair of clippers, than ripped out of one of the woman’s eyes with his fingers and masturbated into the bleeding socket. He had a remote control camera in his other hand and used it to zoom right in on her face. (170-71)

Bruno then cites a book entitled From Lust to Murder: A Generation, to illustrate the new historical possibilities that were opened up by David Di Meola’s violent sexuality.   The book notes how David Di Meola, a rock musician, had taken after Mick Jagger and Brian Jones of the Rolling Stones (171).   He was a part of a larger historical trend – that grew amidst war and the sexual revolution – that was looking to experiment with violence and sexuality:

Jagger was the biggest rock star in the world: rich, adored, cynical – he was everything David longed to be. To be seductive, he had to personify evil, to be its perfect embodiment – and what the masses adored above everything was the image of evil unpunished. (171)

The book (within a book) discusses how Brian “knew” that Mick Jagger “sacrificed” (murdered) Brian Jones in order to lead the band: “David was convinced that man’s greatest achievements were based on murder, and by the end of 1976 he was ready to push as many people as he had to into swimming pools as he could find in order to succeed”(171).

We also learn that David became a Satanist, experimented with sex, violence, and murder, and met with Charles Manson. He “sought” Satanic cults out. After discussing “abortion parties,” in which the people at the party would eat a “ground up fetus,” the narrator describes the Satanists as “pure materialists.”   At a certain point, they leave Satanism and its symbols behind for the act of evil itself.

Like him, they were pure materialists who quickly abandoned all the ritualistic kitsch of pentagrams, candles and long black robes, trappings which were mostly there to help initiates to overcome their moral inhibitions. (172)

It is this violent “pure materialism” that the narrator tries to situate in a historical context.

Like their master the Marquis de Sade, they were pure materialists – libertines forever in search of new and more violent sensations.   According to Macmillan (the author of the book), the progressive destruction of moral values in the sixties, seventies, eighties and nineties was a logical, inevitable process. Having exhausted the possibilities of sexual pleasure, it was reasonable that individuals, liberated from the ordinary constraints of ordinary morality, should turn their attentions to the wider pleasures of cruelty. (174)

He concludes that “actionists, beatniks, hippies, and serial killers were all pure libertarians who affirmed the rights of the individual against social norms and against what they believed was the hypocrisy of morality, sentiment, justice and pity”(175). With this in mind, Bruno cynically notes that “Charles Manson was not some monstrous aberration in the hippie movement, but its logical conclusion; and what David di Meola had done was nothing more than to extend and put into practice the principles of individual freedom advocated by his father”(175)

The narrator tells us that Christine had “listened closely” to Bruno’s reading of history and the legacy of the sixties generation.   Her “silence,” however, “was pained.” And the reader can only assume that it was pained because it hit something deep inside her that she knew was painful…but true. The last words of the chapter tell us the decision that she and Bruno are now making. They are not taking on the legacy of the 60s and its “pure-materialism” which came to its “logical conclusion” in Charles Manson and David de Meola: “It was time to return to simple pleasures”(176).

While Freud’s Civilization and its Discontents should prompt us to think about the relationship of sexuality to violence, Houllebecq’s Elementary Particles should spur us to think about what historically has become possible vis-à-vis the confluence of sexuality, violence, materialism, and freedom.   It also prompts us to think about whether we, like Christine and Bruno, should “return to the simple pleasures” or whether we will be condemned to repeat the same conclusions. Moreover, what is implied by such a turn? Is it spiritual or cautionary? Is it done out of exhaustion or insight? What is at stake?