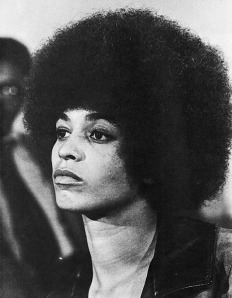 Many critics agree that Philip Roth’s American Pastoral is his best novel.   And there is a consensus regarding the fact that this is a tragic novel, or as Roth’s narrator Zuckerman says the “anti-American Pastoral.” The sections of the novel map this out: “Paradise Remembered,” “The Fall,” and “Paradise Lost.” However, for this reason, critics often overlook or miss the comic elements in the novel. To be sure, Roth uses comedy at very important parts of the novel so as to inject a critical perspective.   Although the novel bears witness to the rise and fall of Swede, the main character, it, at rare moments, offers a critical perspective by way of a kind of distance that is comical or ironic.

What is most interesting about these moments is that they often go from taking an ironic distance to losing it; and, in the process, Swede (or the narrator) becomes embroiled in panic. To be sure, all of the panic is around his desire to find his daughter, Merry, the “Rimrock Bomber.” After she bombs a store in New Jersey, during the Vietnam War, she disappears. And he does everything he can to find her. In the process, he tries to understand her. And this leads him to take in her radical ideology which sees the United States and Capitalism as the enemy of “the people.” Though he at first humors it, Swede starts becoming obsessed with the ideology.  He takes to it because, in his desperation, he believes that it will somehow lead him to his daughter.   But before this takes effect, Roth shows us that, at first, there is a comic distance.

We see an important example of this comical distance (which ultimately collapses) by way of two encounters: one with a Jewish girl named Rita Cohen and the other with a fantasized meeting with Angela Davis. The two encounters – one real, the other fantastic – come together in the figure of the “afro” (or Jew-fro, by way of Rita).   But it is the fantastic encounter with “Saint Angela” that gives us the best sense of how Swede turns to comedy to give himself some distance; yet, in the end, it seems this distance is not enough to keep him from losing his mind.

Before we meet Rita Cohen, Zuckerman, the narrator, provides us with several “conversations” between Swede and his daughter which show us how she, gradually, became more radicalized. He tries to appeal to her by showing that he is liberal, but this is to no avail. The end of the first section of the book, which follows these conversations, tells us what happens in their wake:

After turning Morristown High into a battlefield (from protest against the Vietnam war), she went out one day and blew up the post office, destroying right along with it Dr. Fred Conlon and the village’s general store, a small wooden building with a community bulletin board out front and a single old Sunoco pump and the metal pole on which Russ Hamlin…had raised the American flag every morning since Warren Gamaliel Harding was president of the United States. (113)

There is nothing comical about these last lines. To be sure, they mark the end of an era and the beginning of another; they mark the beginning of the end of Swede’s life.   The following section of the novel is entitled “The Fall,” begins with his meeting Rita Cohen. She comes across as a nice, American girl who attends The Wharton School. She visits Swede with an academic interest: she is interested in how the leather business works and, apparently, is looking to write a dissertation on the topic. Swede gives her a tour of the factory, discusses the ins and outs of the business (in detail), shows her how gloves are made, introduces her to the workers, and, in the end, he gives her a glove made to fit her small hands.   The gloves are finished by Vicky, an African-American worker at the glove factory (131).

At the very end of the section, we learn, by way of a whisper, that Rita is connected to Merry: “She wants her Aubrey Hepburn scrapbook”(132).   Swede drives Rita to the airport, gives her the notebook, and, for the first time, Rita shows another face to Swede. She tells him that his daughter, Merry, hates him (133). And thinks that he “ought to be shot.” Following this, Rita goes on a tirade against Swede accusing him of being a “shitty little capitalist who exploits the brown and the yellow people of the world and lives in luxury behind the nigger-proof security gates of his mansion”(133).   There is nothing funny here.

The narrator notes that “taunting him was the project she had set herself”(133). At this moment, Swede’s world is upside down. But he also starts humoring her. By way of comic jibes at Rita, Swede starts distancing himself from her:

The unreality of being in the hands of this child! This loathsome kid with a head full of fantasies about the ‘working class’! This tiny being who took up not even as much space in the car as the Levov sheepdog, pretending he was on the world stage! This utterly insignificant pebble! What was the whole sick enterprise other than angry, infantile egoism thinly disguised as identification with the oppressed? (134)

He sees her whole of Rita’s radicalism as childish and a fad of sorts. This is what Tom Wolfe would call “radical chic.” With this comical perspective in mind, Swede looks at her hair – modeled, as we will see, on the hair of Angela Davis – as evidence of radical chic:

Yes, the nonsensical hair constituted half of their revolutionary ideology, about as sound a justification for her actions as the other half – the exaggerated jargon about changing the world. (134)

He sees her acts as thoughtless and an act of self-glorification: “Thought just paled away beside their ignorance. They were omniscient without even thinking” (134).   Zuckerman includes bits and pieces of their conversation to show how full it is of “ridiculous clichés.” In response, she maintains her rhetorical exaggerations and insists that her life was all a lie and that she was the product of privilege. Rita claims that Swede and his wife were ashamed of their daughter and “colonialized her…self-image,” “hated her” and turned her into a “piece of shit.” Rita doesn’t hear a word Swede says. He can’t hear a father’s need to see his missing daughter. Rita accuses Swede of thinking of her as a “possession” and misses his plea. In Swede’s mind, she is a “child crackpot.”

He next sees Rita in a hotel and gives her money (as per her request) to see his daughter. But Rita wants more than his money. As Zuckerman relates, she wants to “fuck.” He keeps his distance from her, however. He notes how comical she looks all made up: “She looks like a third grader who ransacked her mothers room”(142). And, to entice him she starts singing a comical song by Groucho Marx: “Oh Lydia, oh Lydia, my encyclo-pid-e-a, oh Lydia, the tattooed lady”(142).

She uses eroticism and comedy to entice Swede, but it doesn’t work. He wonders: “Could this lead to Merry, this onslaught of sneering and mockery? Was she impersonating someone, acting from a script prepared beforehand?” In other words, Swede can’t take Rita’s gestures seriously.

At the very end, Rita sticks her fingers into her vagina, pulls them out, and brings them near Swede’s face to smell. He pulls back, but then Rita makes comical/erotic gestures to herself:

The hand she’s offered him she now carried slowly up to her face, making loony, comical little circles in the air as she approached her mouth. Then, one by one, she slipped each finger between her lips to cleanse it. (147)

Following these comical/erotic gestures, he “bolted the room. With all his strength.” He sees he from a comical angle, yet, he also sees that she is using a comical/erotic strategy to break him down.

In the wake of this encounter, Swede starts thinking more and more of the ideology that inspired them. And, at a certain point, he has a fantasy that Angel Davis, “a black philosophy professor of about Rita Cohen age…a Communist professor at UCLA who is against the war…tried…for kidnapping, murder, and conspiracy”(157). As one can see, Zuckerman (and Swede) make a connection between Angela Davis and Rita Cohen.   And this is brought together by Angela Davis’s hair and her radical chic:

Her hair reminds the Swede of Rita Cohen. Every time he sees that bush encircling her head he is reminded of what he should have done at the hotel. He should not have let her get away from him, no matter what. (158)

In many ways, Rita Cohen (a Jew) and Angela Davis (an African-American) are merged. And both are, to some extent humored. But, as I noted above, this humor diminishes because he becomes obsessed with them. He sees them as his way to his daughter:

Now he watches the news to see Angela Davis. He reads everything he can about her. He knows that Angela Davis can get him to his daughter. (158)

In the drawers of his daughter’s room, he finds the writings of Angela Davis (amongst other radical literature). And, in the midst of his discovery, he recalls how, in the same room, his daughter – influenced by his wife’s Catholic mother – became obsessed with Saints. He remembers how this was a passing fad. He imagines that reading Angela Davis is like reading “those tiny pamphlets” (on the Saints) and “illustrated holy cards.” But “luckily the child outgrew them”(159). Nonetheless, she would still, on occasion, pray to the Saints.   Meanwhile, “Grandma Dwyer…prayed to St. Anne to help Marry stay Catholic despite her upbringing (mind you, Swede is Jewish)”(159).

Immediately following this, Swede has an epiphany of Angela Davis. She becomes, at this moment, Saint Angela:

At the kitchen one night Angela Davis appears to Swede, as Our Lady of Fatima did to those children in Portugal, as the Blessed Virgin did down in Cape May. He thinks, Angela Davis can get me to her – and there she is. (160)

The description of Angela Davis by the narrator, however, is comical. It sets a wedge between the passion and dispassion Swede experiences in his epiphany. She looks “more beautiful than she looks on television”:

Her legs are long and she wears colorful minidresses to expose them. The hair is extraordinary. She peers definitely out of it like a porcupine. The hair says, “Do not approach if you don’t like pain.” (160)

….to be continued….in the next blog entry….