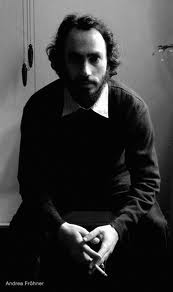 At the very least, John Felstiner – in Paul Celan: Poet, Survivor, Jew – acknowledges that Paul Celan’s “Conversation in the Mountains” has a comic aspect to it:

“Conversation in the Mountains,” brief yet gabby, humorous yet fateful, reflects on selfhood, language, perception, God, and nature by way of a journey into the mountains.  What Celan wrote resembles, if anything, a cross between Ingmar Bergman and Samuel Beckett (14).

However, as I have been pointing out in a few of my previous blog entries, John Felstiner doesn’t look at Celan by way of Beckett; instead, he interprets the comic, repetitive way of speaking in this piece as Mausheln (a German term for an odd sounding German dialect; the speech of mice, little people).  He then goes on to argue that Celan was looking to leave this way of speaking behind.   In contrast, I have been calling for reading this comic mode of speaking as a way of relating to the other.

Paul Celan’s poetry teaches the reader that he or she should listen closely.  Given that the voice in many of his poems and prose pieces is very serious, when he writes in a comic mode our ears should perk up.  Something special is being conveyed through this manner of speaking.

To be sure, in Paul Celan’s body of work, “Conversation in the Mountains” is unique for this very reason.  Besides his “Meridian Speech,” given in honor of his receiving the Georg Buchner Prize in October 22, 1960, it is the only prose piece that employs a comic mode of address.  (However, as I will show in another blog entry, some of his poetry also employs comical modalities.)  This comic mode discloses two schlemiels who are involved in a serious encounter with the other.  These schlemiels, in conversation, are on their way toward the other.  Each step of their comic conversation, repetitions and all, gives them a sense that they are “here” – at the moment – and are going “toward” the other.

I would like to suggest, as I did in my last blog entry on Paul Celan’s “Meridian” speech, that Celan explicitly draws on the comic mode via a circus barker in Buchner’s play Danton’s Death.   The circus barker presents art.

Here, in very different times, art comes presented by a carnival barker and has no longer, as in that conversation, anything to do with ‘glowing’, ‘roaring’, ‘radiant’ creation, but is put next to the ‘creature as God made it’ and the ‘nothing’ this creature is ‘wearing’.  This time, art comes in the shape of a monkey.  But it is art all right. We recognize it by its ‘coat and trousers’. (38)

In other words, art comes as a monkey-man-clown: in the “shape of a monkey” who is wearing its “coat and trousers.”   Celan notes that the circus barker returns in Buchner’s third play Leonce and Lena.   There, Celan points out that “we” are “fleeing towards paradise,” to a place where ‘all clocks and calendars” will be “forbidden.”  Just before this Messianic moment, however, we see two “world-famous automatons” and a circus barker:

A man who claims to be the ‘third and perhaps strangest of the two’ invites us, ‘with a rattling voice’, to admire what we see: “Nothing but art and mechanics, nothing but cardboard and springs.”(38)

Celan reminds us that Valerio, who presents this comedy of art before one enters into the messianic, “is only another name for the barker.”  Immediately following this, Celan, himself, takes on the comic mode of the barker by repetitively calling out to the “Ladies and Gentleman” of the audience to pay attention to something they have never seen before.

This comic mode puts the audience into the position of circus goers and who expect some kind of unimaginable feat.  Namely, art.  The comic conceit in “The Meridian” speech is that the feat is quite simple.  Instead of presenting art in the traditional sense or as an automaton of sorts, Celan, like Lucille in Danton’s Death, says his own “Long Live the King” before she gets her head chopped off.  Celan calls Lucile’s words on the platform of the guillotine a “word against the grain.”

The “long live the king” is not an homage to monarchy, says Celan.  It is an “homage to the majesty of the absurd that bespeaks the presence of human beings”(40).  But this description of homage is not enough.

Celan, later in his talk, calls this counter word a “breathturn” (atemwende).   And this breathturn “turns” toward the other.  And this turn is transformative; taking the turn, or the “step” (as Celan) says, will estrange the “I” and “set if free” as it goes toward the other. This turn, says Celan, is given to us by Lenz by way of a comic request:

Can we perhaps now locate the stangeness, the place where the person was able to set himself free as an – estranged – I? Can we locate this place, this step?  ‘…only, it sometimes bothered him that he could not walk on his head.’  This is Lenz. This is, I believe, his ‘Long live the king.’(46)

In a Talmudic manner, Celan repeats this expression and in the line following explains how, like the examples mentioned above, relate the comic to estrangement:

Celan, as the circus barker, addresses you (“ladies and gentleman”) with two comic performances or “breathruns”: the first comes by way of Lucille who says “Long live the King!” and the second comes by way Lenz who wants to walk on his head.  Both of these evince the way of poetry.  But this is not the end of it.

This comic breathturn prompts us to go toward the other.  Celan notes that the breathrun has a critical function, too: it is a way (or manner) of “sorting the strange from the strange.”  Musing on this, Celan wonders what has been “set free” in this gesture: “Perhaps, along with the I, estranged and freed here, in this manner, some other thing is also set free.”  By putting the words “here” and “in this manner” in italics, Celan is calling attention to the comic as a modality that one must notice as it happens.

The other thing that is “freed” – here, in this moment – is the other.  The poem, says Celan, speaks to what is “wholly other.”  It is a “conversation” which is often “desparate”(50).  And the poem not only keeps track of this conversation; it also is mindful of its “dates.”  It goes over things and is, for this reason, often repetitive.

Although one may find it comic to repeat things over and over before saying something new, this is actually a procedure used a lot in Jewish humor and it may derive from the Talmud.  Like a Talmudist who has a keen eye for the peculiar and the comic, Celan notes that, perhaps, if we listen “not without fear” and with “rabbit’s ears,” we can see a “smile through invisible quotation marks.”

Celan ends this thought, and his Meridian Speech, with a meditation on the origin of it all.  What would spur him to listen for such a smile?  Celan answers by noting his childish way of looking:

I am looking for all this with my imprecise, but nervous finger on a map – a child’s map, I must admit.  None of these places can be found. They do not exist.  But I know where they ought to exist especially now, and…I find something else. (54)

What he finds on his “child’s map” is that which connects him to the other: the Meridian (55).  And this is the point. The place of origin – on his child’s map (the map of a man-child, a schlemiel) – is that which relates one to the other (the Meridian).  Most importantly, one finds the Meridian by way of comic repetitions, a comic address (or the circus barker), and a comic breathturn (Lucile’s counter-word and Lenz’s walking on his head).  All of these comic modalities relate to what Celan calls a “desperate conversation.”

And by noting these comic aspects in his “Meridian Speech,” we now have a framework for understanding the conversation that goes on in “Conversation in the Mountains.”  As we shall see in the next blog entry, this conversation has its fair share of comic addresses, repetitions, and breath-turns.  And all of these comic modalities are for the sake of having a conversation with the other which can be brought to bear on us.  And, like the Meridian, it seems as if we are watching a circus act when we see its two main characters – Klein and Gross – speak.