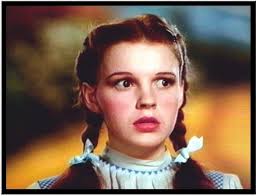 We all love the simpleton.  Her ways are awkward, yet graceful. For all their simplicity, they are the ways of goodness.   But they come to us, as Avital Ronell says in her book Stupidity, by way of the “reliable generosity of the ridiculous” which is not innate and must be “publicly exposed.”  Perhaps Hollywood inherited the simpleton and its exposure from Yiddish literature.  Or as Paul Buhle might say, perhaps the schlemiel came from the Lower East Side and ended up in Hollywood as the simpleton.  The exemplary American simpleton, Dorothy, of The Wizard of Oz, lives in Kansas with several other simpletons who, like her, love to dream.  She lives on the American frontier and Toto is her companion.  In this American moment, the public exposure of simplicity goes hand-in-hand with friendship and hope.

According to many commentaries, Midrashim, and anecdotes of the Jewish tradition, simplicity is not a laughing matter.  It is the most Jewish of all traits.   Simplicity is equated with humility.

The ultimate source for humility as a principle trait is not in the commentaries; it is in the Torah.  In Numbers 12:3, Moses is described as “a very humble man” the “most humble man on earth.”  And since Moses Maimonides sees Moses as the greatest of all Prophets, he finds his way of being in relation to God and man to be exemplary. And that way of being is the way of humility.

This Jewish ideal was commonplace for Jews in the Middle Ages and in Eastern Europe right up to the beginning of the 20th century. Using diaries, Haggadoth, and various letters, Daniel Boyarin shows, in his book Unheroic Conduct, that humility was, during those times, the ideal.

Marking these dates, Boyarin goes out of his way to show how humility became “unheroic” in the modern period.  Besides Daniel Boyarin, people like Marc H. Ellis (in Judaism Doesn’t Equal Israel) and Rich Cohen (in Israel is Real), have made the claim that pride and power displace humility after the Holocaust.  Each of their projects, to some extent, is an effort to recover this character trait which they believe is Jewish and not Greek.  But this effort at recovery, unfortunately, is wrapped up in a political agenda.  They forge a dichotomy between Jews in America, who are humble, and Zionist Jews in Israel, who are prideful.  They would say that, in losing humility, Israelis have become militant.  But is this the right way to approach humility? Has it become too politicized and are things as black and white as these thinkers paint them?

Another route to take with humility is by way of Franz Kafka who teaches us that humility has a mystical and ethical resonance.   Kafka calls humility the “language of prayer” which is always shared with others.  More importantly, for Kafka, humility can give one the spiritual strength to “strive” with oneself.

For Kafka, humility is the way; while the self is the obstacle.  The self is deluded and seductive.  And, like Jacob, who wrestled with his angel, Kafka knows he must struggle with himself.  Through such a struggle, Jacob became Israel.  Kafka also, it seems, has this vision.  But, more important for Kafka, is the strength he gains from being humble.   It is his anchor.

He records these thoughts about humility, the language of prayer, strength, and striving in his Blue Octavio Notebooks.

After Franz Kafka’s death, Max Brod – Kafka’s best friend – published several quotes from Kafka’s Blue Octavio Notebooks.  He entitled the book Reflections on Sin, Suffering, Hope, and the True Way.    According to Brod, Kafka extracted these quotes from his notebooks and numbered them: “the text here follows the fair copy made by the author himself.”   Brod included aphorisms that were crossed out as well (noting them with asterisks).    Although there is much wisdom to be gained by reading the compilation of aphorisms and anecdotes on “sin, suffering, hope and the true way,” I would suggest that we read Kafka’s quotes in their original context; namely, the Blue Octavio Notebooks.  They teach us about the relationship of humility to peace, on the one hand, and striving, on the other.  Taken together, they bring us within arms length of the schlemiel.

The quote that interests me – and which is cited in Brod’s compilation – is found in the Fourth Notebook. It was written on February 24th:

After writing this, Kafka changes his tone:

Can you know anything other than deception?   If ever the deception is annihilated, you must not look in that direction or you will turn into a pillar of salt.

The dialectical tension between these two aphorisms is worthy of interest.  To be sure, it illustrates what Kafka means by “the relationship of striving.”  In the first aphorism, Kafka goes so far as to say that humility provides humankind with the “strongest relationship to his fellow man.”  Moreover, humility is “the true language of prayer.”

It is on account of this “language of prayer,” that one can “strive” with oneself. Kafka’s striving, which is supported by humility, is illustrated in the second aphorism.

Kafka strives with himself and asks: “Can you know anything other than deception?”

In response to this scathing question, the self is silent.  In the face of this silence, Kafka gives advice with a Biblical Ring: “If ever deception is annihilated, you must not look in that direction or you will turn into a pillar of salt.”

To be sure, Kafka is not simply striving with himself; he is trying to turn himself around.   He is trying to convert himself to humility by way of preaching to himself.  He is pleading with the self to learn something other than “deception”: namely, the truth (which can only be accessed through humility).

When thought of in relation to the schlemiel, the implications of these lines are quite interesting.  A schlemiel like Gimpel is a Tam; he is humble.  Yet, everyone deceives him.  He is unaffected by these deceptions insofar as he remains humble and continues to trust others.  And this is the comic conceit.

Using Kafka’s language, we could say that Gimpel’s life speaks the “language of prayer.”  However, it is us, the viewers, who must strive with deception in the sense that we are the ones who deceive.  We are complicit in laughing at simplicity and publicly ridiculing it for its naivite and stupidity.   This is the message that I.B. Singer was trying to convey in his famous story “Gimpel the Fool.”

Thought of in these terms, Kafka identifies with the schlemiel.  But at the same time he realizes that he is complicit, in his deluded high mindedness and competitiveness, with squashing simplicity.   Kafka realizes that he needs to “strive” with that aspect of himself which destroys the humility he has acquired by means of his relationships with others.

Let’s take this a step further and be a little presumptuous.

Like The Wizard of Oz, Chaplin’s 1921 film, The Kid speaks this language, too.  After all, humility has its childish and foolish ways.  A humble hobo like “the Kid” can also raise an orphan (albeit it in a strange way).  In each, there is an old/new tradition that is transmitting humility and childishness and perhaps, the language of prayer to those who will “strive” with the self.  Ultimately, however, Ronell is right.  Kafka’s humility would not be possible without the “reliable generosity of the ridiculous” which aims to publicly expose “humility.”  And in this comic exposure, we bear witness to the “language of prayer.”  Given the world we live in, this language appears to us as ridiculous but, for all that, it is still the best we’ve got.