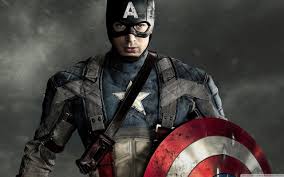 Politics and theater go hand-in-hand. One doesn’t have to be an intellectual to know that politicians use words and gestures to gain attention, garner support, or justify this or that agenda. It’s obvious to anyone that the media, film, and the internet can affect this or that political agenda. Within a few hours, a political agenda can be ruined or bolstered. Everyone knows this and we have seen this happen and see it happen on a daily basis.

But while the greatest obstacles to accomplishing this or that political agenda may be created by the media or Hollywood, the opposite is also true.   One of the markers used by this or that politician to measure the success or failure of a project is whether the “public” is optimistic or cynical. To be sure, President Obama has been using these terms a lot in his speeches. He has been worrying that Americans are too cynical and no longer trust the government. And, to address this, he has even turned to comedy and theater to regain confidence. He has played the schlemiel (a character whose charm often acts to win the viewer over). He understands how, without optimism and trust, his administration will lose power and authority. But more is at stake than belief or disbelief in the government.

For many Americans, the greatest stakes have to do with the belief in exceptionalism. Is America unique….anymore? Or is it a nation like all others?   It has become an issue, today, because America seems to be losing it’s standing in the world. We see this issue discussed in the media, in Washington, DC, and in Hollywood.   We also see it discussed in academia. And, as an academic, I can tell you that I have many colleagues who despise American nationalism and exceptionalism. For many of them, there is a conviction that America would be better off it were a part of a larger collective that would work to eliminate racial, economic, sexual, and cultural oppression and inequality around the world. Instead of leading the effort, they would like it if America were more humble. But, to be sure, they just don’t want this to happen; rather, like good post-Marxists, many believe it is already happening and that there is nothing we can do to stop it. Justice, meaning post-nationalism, will prevail. All resistance is futile and, in their view, stupid. Nationalism and patriotism are one and the same thing for many of them. Marx believed that the nation-state would eventually “wither away” and so do many of my colleagues. It’s only a matter of time.

But what will take its place?

This is an interesting question. In a post-nationalist America, what will people turn to for hope and inspiration? There are many answers to this question. I would suggest looking at some of the biggest academic conferences out there these days for an intimation of where academics think the answers may lie. One thing I can say, from what I see within my own academic circle, is that many academics want to leave nationalism and patriotism behind for “justice” and “ethics.” To be sure, nearly all of the post-Zionist thinkers in the field of Jewish Philosophy are post-nationalist. Many envision Israel not in terms of a state but in terms of something “bi-national” where Israelis and Palestinians can co-exist, side by side with each other.   Hence, there is a lot of scholarship in my field that sees the Jewish nation-state as powerful, violent, unjust, and unethical. All resistance to the state (in academia and in the street) is deemed ethical. This, it seems, is a part of a larger political agenda – a post-nationalist one.

If I were to sum up what they are looking for in a blunt way, I would say that what is common to their readings of Judith Butler, Martin Buber, Hannah Arendt, and Emmanuel Levinas (amongst others) is the belief that we can trust each other but don’t because of the nation state or politics (which breed distrust and violence). After all, when Hannah Arendt was accused by Gershom Scholem of not having “ahavat Yisrael” (love of Israel, the nation) in her treatment of Adolph Eichmann, she replied by saying she cannot conceive of national love. She could only understand the love of friends. That, in a nutshell, pronounces the desire of post-nationalism: to live in a world where we don’t need nations or nationalism to define who we are and what we do. All we need to do, to live a just, ethical life, is be friends and agree to coexist. That would be true justice. Nationalism and patriotism, on the other hand, are thought to be the anti-thesis of friendships and trust. Nationalism creates, for them, cynicism and war, while post-national trust creates optimism.  (Slavoj Zizek’s opposition of “kynicism” to “cynicism” provides a model for this project.)

The opposition between some kind of post-nationalist trust and nationalist distrust and cynicism has found its way into Hollywood, but, I would contend, this is by no means a mistake. To be sure, the mood in academia these days finds that American exceptionalism and nationalism have done us no good whatsoever. The latest Captain America film – Captain America: Winter Soldier – is a case in point.   And I have a feeling we will see more of these types of films.

In the film, nationalism is downplayed and distrust and cynicism touches everything. The new, revived, Captain America isn’t fighting so much for America as for trust and hope. He is looking for people he can trust. Unlike Independence Day (1996), saving America is really secondary to the main theme, which is saving trust and hope.

In this film, Captain America is looking for people he can trust. The nation, as it stands, is infiltrated with cynicism and distrust. Hydra has its hand in everything.   And Hyrda is fascistic. America – that is, nationalism – is not the alternative so much as is trust in the other. And this film shows Captain America battling with people inundated with fascist nationalism, on the one hand, and other American’s who have been infected with it (which suggests that fascism and its desire for order and security is the true essence of nationalism). The war isn’t between America and Hydra; it’s a war between trust and mistrust or post-nationalism and nationalism.

The Message: in this post-nationalist world, the most important thing is to know who your friends are. In this world, America, as in the first scenes of the film, with all of its monuments, is merely the backdrop for a larger existential drama. In this film, Captain America dons the same uniform he used during WWII – when American patriotism was at an all-time-high – but it is faded (just like the glory). He is, so to speak, putting new wine (the wine of trust) into an old (nationalist) skin.

I found this movie interesting not simply because it could be read as reflecting or not reflecting the current attitude of Americans toward American exceptionalism, so much as the fact that it is structured to appeal to something post-national. It moves toward a post-national kind of trust. But what does this mean about American nationalism? What does it suggest about patriotism? Is it merely, like Washington, DC, a backdrop for an existential issue?