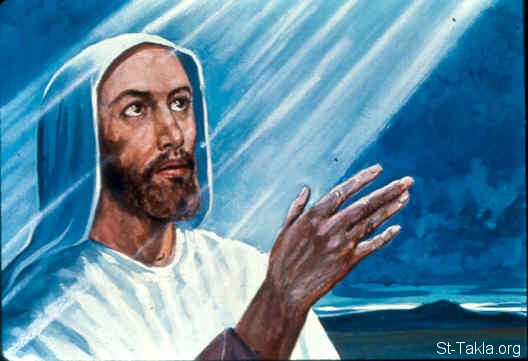 How can a schlemiel be a prophetic figure?  One could argue, by way of the Talmud (Baba Batra 12B) that after prophesy ended it went to fools.  But how could one argue that a prophet is a schlemiel which is  – as is suggested in an interview with I.B. Singer and in many other places in literature, film, television, and schlemiel theory –  best described as the “little man.”   In his book, The Schlemiel as Metaphor: Studies in Yiddish and American Jewish Fiction Sanford Pinscher argues that we can read I.B. Singer’s schlemiel’s in terms of the prophetic: he reads schlemiel in the Hebrew, in terms of two words, shelah (sent) and m’el (from God). He draws this reading from The Jewish Encyclopedia, which, apparently, is the only source that makes this powerful claim (58-58).

Pinsker’s novel move is to take note that the Encyclopedia and many others (writers, artists, etc) only focus on one possible meaning: that being “sent (shelah) from God (m’el) which suggests that the Prophet is a symbol of Exile from God, a God-less state.  On the other hand, “it is the more likely translation for the phrase “sent from God” – in the sense of the Biblical Messenger” (58).  Pinsker’s reading suggests that the schlemiel is a Prophetic figure who conveys – like Samuel, Isaiah, Eliyahu, Jeremiah, and Ezekiel – the message of God.

The implication: like the prophet, the schlemiel is sent to communicate some message from God.  But Pinsker doesn’t argue that one meaning – the more spiritual one – is more essential than the other.  Instead, Pinsker takes both senses as possible and argues that there is an “ambivalence”(58).  He applies this to Singer’s most important schlemiels: Gimpel of “Gimpel the Fool” and Yasha of The Magician of Lublin.   He sees both characters as ambiguous schlemiels – they could be either prophets, with some connection to God (being His “messenger”), or none at all (being sent away from God, into exile).  This is what the reader must come to terms with. This would suggest a crisis of faith.  But Pisnker doesn’t spell that out.  He leaves it to the reader to figure it out, perhaps as Maimonides did for his student Joseph in The Guide to the Perplexed.  But that would be granting too much.

Pinsker’s reading of the schlemiel as a prophetic or exilic figure has yet to be given its due.  It needs further development if it is to become a major point of query in schlemiel theory.  What, one needs to ask, is the message of the schlemiel prophet and prophets?  Is it singular? Or does it vary from story to story?

Both trajectories need to be thought in relation to the other.  But to do that, they must both be clarified.  While the exiled schlemiel has been given much more coverage, the prophetic schlemiel has not been addressed at all save by Pinsker in his important book.  What I’d like to do, along that trajectory, is to give more thought to the prophetic aspect of the schlemiel and to a prophet who is like a schlemiel and a figure of Exile.

I would like to suggest that Ezekiel could be read as embodying both ambiguous aspects of the schlemiel.  James Kugel’s translation of Ezekiel 2:1-3:3 suggests that this is a possibility not simply for fiction but for the Bible as well: in Ezekiel.   According to Kugel, one should translate the term “ben-adam” as “little man.”  In doing so, Kugel suggests a relationship between God and Ezekiel which can be seen as being the relationship of a prophetic schlemiel to God.  He is a man-child before God.  From a Freudian perspective of the schlemiel of schlemiel theory, this can be read as a kind of infantilizing before God’s greatness. It is beautiful and, at the same time, shameful.   Ezekiel regresses in a way that is tragic but also comic.   Ezekiel’s mortality is presented, in Kugel’s translation as comical and as tragic. I am going to cite the passage – in full – to give the reader a sense of this childlike “littleness.” Kugel’s translation is markedly different from the JPS Translation in translation and in tone:

He said to me: “Little man, stand up on your feet so I can speak to you.  Then a spirit entered me while He was talking and stood me up on my feet, and I heard someone speaking to me, saying to me: Little man! I am sending you to the people of Israel, to the rebellious ones who have rebelled against Me; they and their fathers have Disobeyed Me all along, to this very day. In fact, the sons – those to whom I am sending you – are impudent…As for you, little man, do not be afraid of their words, and to not lose your courage, for they are a rebellious house…And you little man, listen now to what I am telling you….”  As I watched, a hand was stretched out to me holding a written scroll.  He opened it in front of me; it was written on both the front side and the back, and written on it were written words of lamentation and mourning and woe.

One thought I’d like to end with is that “the little man” deals with a transfer of affect – from visual bitterness to a tactile experience of sweetness  Like a baby, Ezekiel has to swallow a scroll which, to the eye, looks sad and bitter because, on it, are “written words of lamentation and morning and woe.”  But when he swallows it, the visual is displaced by the tactile.. the bitter tastes sweet.  Parsing the term “little man,” we can say that the schlemiel may have swallowed something bitter (the text of mourning, tragedy, and suffering); but the bitterness of this death and suffering – things that the melancholic and the mourner, each differently, knows well –  become sweet in the act of accepting God’s wishes.

Alternatively, the way this mode of acceptance is accomplished, via Kugel’s translation, is not only tactile; it is also comical.  The mortal, the man – Ezekiel, the prophet – must become a “little man” and, like a baby taking medicine, the prophet must swallow the scroll.   (This reading suggests that there is something more than “internalizing” the text; which is how Maimonides and many contemporaries read this passage of Ezekiel.)   Perhaps this becoming small is another aspect of the ambiguity.  Ezekiel is not simply sent.  In being sent, he becomes little, he becomes small.  And this is something that happens will all schlemiels.  It’s a comedy of scale.  Every schlemiel feels some form of comical humiliation, after all.  (Think of Woody Allen,  Jerry Lewis, or Larry David’s characters. Think of Shalom Auslander or Kafka.)  Nonetheless, he seems to live in a Godless world.  In one sense, it can be said to be prophetic.   Ezekiel is the odd one out.  Perhaps becoming small is a part of the prophetic message that is being sent.  Perhaps it is the message.

6 thoughts on “The Schlemiel as Prophet, or Ezekiel as “Little Man”? On James Kugel’s Translation of Ezekiel”