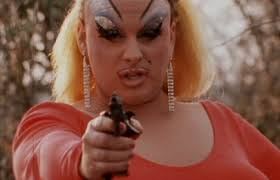 Today, on Facebook, I noticed that many colleagues – several who are professors of philosophy (Jewish, Continental, Modern, Feminist, etc) – were having a field day with the hashtag #goldenshowers (Twitter had hundreds of thousands of Tweets today with this hashtag).   In at least two of the discussions I saw, however, there was an argument about whether or not it is ethical to shame someone and whether it was right to pass on something that was most likely a rumor or lie.  (Even if the subject is Donald Trump; he is a human being like all of us and philosophical rules apply to all; no one is exempt from respecting the other.)  In both, there was a slight pause to consider the situation.  But that didn’t last for long: the arguments dropped and people kept on telling “pee” jokes.   Philosophical consistency was thrown to the winds.  The attitude was more or less justifying it all.  After all, why can’t philosophy professors have some fun?

Since I would like to argue that the Camp sensibility was ascendent today, a brief look at her genealogy and definitions of Camp and Moral seriousness would be helpful.

Sontag argues that Camp taste  sees itself in terms of “aristocracy.” Even though aristocrats died with the Middle Ages and the birth of the Modern Era, Sontag sees an important structural relation; namely, “snob taste”:

Aristocracy is a position vis-a-vis culture (as well as vis-a-vis power), and the history of Camp taste is part of the history of snob taste.  But since no aristocrats in the old sense exist today to sponsor special tastes, who is the bearer of this taste? Answer: an improvised self-selected class, mainly homosexuals, who constitute themselves as aristocrats of taste.  (290)

To argue her point, Sontag claims that a comparison and a distinction is in order between a Homosexual Camp Sensibility and a Jewish Moral Sensibility:

Not all liberals are Jews, but Jews have shown a peculiar affinity for liberal and reformist causes.  So, not all homosexuals have Camp taste.  But homosexuals, by and large, constitute the vanguard – and the most articulate audience – of Camp.  (290)

What she says we are certain of is that “Jews and homosexuals are the outstanding creative minorities in contemporary urban culture.”  What makes them special is that they are “pioneering forces.”  But they are at odds with each other.

While both use their sensibilities as a “gesture of self-legitimization,” “Camp taste…has something propagandistic about it.”  They both promote themselves.  But while “Jews have pinned their hopes for integrating into modern society on promoting the moral sense,” homosexuals “have pinned their integration into society by promoting the aesthetic sense”(290).

When taken together, however, there is a problem.   One, argues Sontag, dissolves the other:

Drawing on Sontag, one could argue that the Camp sensibility, which revels in playfulness and irony, disregarded and “neutralized moral indignation” today.  It gave people permission to disregard shame and to engage in something aesthetic: adding endless ironic expressions to Facebook threads and Twitter Feeds.

Sontag’s first husband, Philp Rieff, may have encouraged her to pursue this kind of tension between the moral and the aesthetic.  (See his book: The Jew of Culture: Freud, Moses, and Modernity).

What I find most fascinating about today’s situation is that of the many philosophy professors I know – in my little circle – who were justifying the aesthetic excesses, some were professors of Jewish philosophy.   Playing on Leo Strauss, perhaps one can say that they made the Jewish moral sensibility the handmaiden of the homosexual aesthetic sensibility.

What we need is a dialogue between the two. Something like we find in a show like Transparent.  The irony of Camp has its limits.   A thinker needs to find them.  Otherwise, the snobby jokes will displace the morally serious issues that haunt us each and every day. Perhaps, there is another possibility: a Jewish kind of camp.