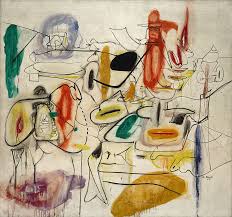 When someone sees a great artwork or reads a compelling novel or poem, he or she usually wants to know why it has such an affect.  Is it the choice of words?  Is it the theme? Is it the critique it levels on society? Humanity? Religion? As a literary and cultural critic, I know very well what its like to explore these questions.   When I teach courses on literature and philosophy, I often tell my students to see themselves as literary or philosophical detectives or psychoanalysts so as to figure out what is said and what is not said.  (The latter being more important than the former.)  For in doing so, one can get at the meaning of poems and art.  As Walt Whitman once suggested in his poem “Song of Myself,” we all want to get at the meaning of poems.  With this in mind, he tells his reader something counter-intuitive.  Don’t look for the meaning.  Just spend time with “me.”  I will show you that “you” are the meaning of each poem:

Stop this day and night with me and you shall possess the origin of all poems,

You shall possess the good of the earth and sun…..there are millions of sons left,

dead…nor feed on the specters in books,

You shall not look through my eyes either, nor take things from me,

You shall listen to all sides and filter them from yourself.

While the thinker Theodor Adorno would disagree with this view, he would suggest that people not over-interpret art.  For in doing so, art becomes semblance and loses its singularity and becomes what he calls “semblance”:

When artworks are viewed under the closest scrutiny, the most objectivated paintings metamorphose into a swarming mass and texts splinter into words.  As soon as one imagines having a firm grasp on the details of the artwork, it dissolves into the indeterminate and undifferentiated, so mediated is it.   This is the manifestation of aesthetic semblance in the structure of artworks.  (101, Aesthetic Theory)

What Adorno is looking for is a kind of artwork that is so singular and unique that it can’t be identified with anything.  It must be powerless:

By the autonomy of their form, artworks forbid incorporation of the absolute as if they were symbols.   Aesthetic images stand under the prohibition on graven images…Hermetic works do no assert what transcends them as though they were Being occupying the ultimate realm; rather, through their powerlessness and superfluity in the empirical world they emphasize the element of powerlessness in their own content.  (104)

Addressing the claim that such hermetic works do not change the world and are regressive, Adorno argues that they are actually “progressive”(104).

In spite of the summary verdicts passed on it everywhere by those who are politically interested, radical modern art is progressive, and this is true not merely in the techniques it has developed but of its truth content.  What makes existing artworks more than existence is not simply another existing thing, but their language.  Authentic artworks are eloquent even when  they refuse any form of semblance.  (104).

Adorno sees no truth in artworks that simply serve as a mirror to who we are.  He sees these “enlightened” works as regressive.

In an age where we are so interested in creating a political system and a form of entertainment that truly represents us, how do we read Adorno’s admonitions?  People on Facebook, for instance, would hate what Adorno calls art.  Most people, after all, only click on things that they can “identify with” and provide a likeness to themselves.  There is no “ban on images.”  In fact, that is unheard of.  Perhaps Adorno would say that we are a regressive society because we simply can’t understand or tolerate singularity.

On the one hand, the tendency to over-interpret things keeps us from apprehending singularity.   On the other hand, most people prefer entertainment and art (if any) that is comprehensible and powerful (not hermetic and powerless).   We tend to believe, more like Walt Whitman, that we are the meaning of all poems and that our mundane experiences of reality are actually extraordinary.  Everydayness is not hermetic.  For Whitman, it is poetic.  But for Adorno, it seems to be regressive.

Perhaps the best way to find out is to think about the singularity of art and its implications.  But what framework should we use to do this?  Because we are so wrapped up in seeing ourselves reflected in social media, media, film, Netflix, and politics, that its hard to imagine what singularity means anymore.

3 thoughts on “The Danger of (Over)Interpretation: On Adorno’s Plea Against Artistic Semblance and “Micrological Study””