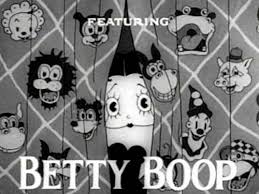 When one reads a fairy tale, one doesn’t simply identify with the main character.  One identifies with all things touched by animation.  In many of Grimm’s Tales, the inanimate becomes animate in a way that is at once endearing and uncanny (because it is both familiar and unfamiliar).  And in this sense, animation is liberating.  It effaces the fine line between man and animal and between the inanimate and the inanimate.  It makes the space of the world into a fantastic realm where virtually anything can happen and where anything can be transformed into something else.   The unexpected is expected.  But this isn’t always tragic.  Oftentimes, the animations of the fairy tale are meant to be comical.

Regardless of the outcomes, one feels a kind of comical freedom when one reads about how a sausage, a mouse, and a bird live together in a house or about how a kettle will cook food if one tells it to cook but, at the same time, seems to have a mind of its own.  Although both stories plunge into disaster or near disaster, the endless transformation of things through animation is comical.   This has a lot to do with the fact that – in terms of scale – most of the figures in Grimm’s Tales oscillate between being big and small.  And, as Gustave Flaubert suggests in his final novel (published after his death) – a novelistic study of comedy and its history – Bouvard and Pecuchet, comedy hinges on this kind of oscillation.    This spatialization of comedy – moving, at the drop of a hat, between the big and the small – is something we often find in the fairy tale.

The thinker, Michel Serres takes fairy tales seriously and even writes his own.   He suggests that the fairy tale brings us closer to our quintessential relationality with many small things.  It’s the connectivity of animated animals and things that fascinates the voice of his book, Parasite.  In his fairy tale, the animals create “small, simple” machines for the parasite (the smallest of all beings) so that she can fly high into the sky. They give her an opportunity to see a world from a vantage point she has never seen. But when the parasite loses her grip, by opening her mouth to speak, she falls to her death in the multitude:

With a few pieces of wood and some rushes or strands of hemp, small, simple machines can be constructive that have an exquisite relation to the business at hand.  A tortoise, awkward and slow like any tortoise of its size and carrying his house around on his back, tires of traveling back roads and wants to see the country.  Two ducks like the project and create a flying machine to carry the pilgrim. They put a piece of wood sideways in his mouth, and each grabs one end of the stick.  Hold tight, they say: take off.  The formal plan, seen from here, is described at three thousand feet: the twin birds and the parasite, whose teeth are hooked ono the middle of the stick.  A miracle! Cry gawkers; relations and diagrams, flies way above our heads.  Above our heads, you fools, answers the passenger, who, letting go of the stick to chatter, falls and dies at the feet of the passers-by.  (61)

Serres doesn’t take the parasite trivially.  He wonders who this comical parasite is.  Serres suggests a hypothesis about the possibility that “man” may be the parasite in this and in every fairy tale.  Man is more than man:

If the parasite is a man, he is all that, tortoise or hawk, lion without rivals or grown old; if he is man, he is the whole animal kingdom, through his fabulous metamorphoses.  If you do not recognize the parasite, it is precisely because he goes through the whole fable and the whole system and that he is transformed as if by magic…He is sometimes a horde of rats making noise in the attic, sometimes the king’s court, and the kind in the palaces where people bow to him. Pumpkin and carriage, char-girl and princess.  Only the fable says that.  Only the fable and its metempsychosis allow me to see the same third man in the nest, in the cave, at my table, and on the throne. (63)

The fable, in other words, allows me to constantly “see” what Serres calls the “third man” or “the neutral.”  The fact that man is nothing – for Serres – means that he is everything.   His smallness is the condition for the possibility of the fairy tale.   And through the animations of the fairy tale we can “see” our animated neutrality.

If we are to take this one step further, it can be argued that the “miracle” Serres is speaking of is best displayed and seen through animation and not print.  It is visualized in the animation.  When thinking about such a visualization, one animation that comes to mind: Max Fleisher’s 1931 animation, Crazy Town.  Man is not just this or that animation. Rather, man dwells in the space that is, for lack of a better word, crazy because it is animated.  Man’s neutrality is spatial as well as relational.

What makes Fleisher’s American version of the fairy tale so compelling is that in this world fish fly, cats swim, and rhinos meow.  In Crazy Town, people can take off their heads and replace them with other heads.  Like rubber, they can stretch and shrink.

When a man with a boot for a hat, takes it off his head, shrinks and disappears, Bimbo (Betty Boop’s man-animal cohort) notices a large mooing elephant behind him.   As one can see from the animation, all things are in a constant stream of what Serres would call metempsychosis.  The third man is everywhere. And he is animated in the most unexpected ways.  In Crazy Town, the mouse can roar and the lion can crow like a rooster.   But animals and things don’t have the last word.

In the end, Betty Boop steals the show.  She’s the most charming animation of all. When she embraces the crazy – near the end of the video – it’s a moment of celebration: instead of being afraid of all these crazy surprises (as we often see in many a fairy tale), she loves them.  She  also wants to lose her identity, so she starts dancing around with Bimbo.  In loving all of the crazy beings through a song and dance routine, she doesn’t simply allow us to “see” the “third man,” she allows us to happily be the third man in a way that is more comical than tragic and more mobile than sedentary.  She – along with all of the uncanny comic beings of Crazy Town – animates space and smallness when she moves. Betty shows us how, through animation, one can let go into a space that was once reserved for fables. In this virtual space, anything can happen.   Here, small things animate….out of the inkwell for even the ink, as Fleisher’s first major animation shows, is animated.