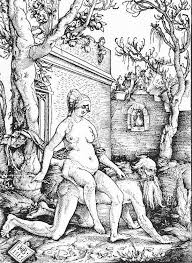 When I went to my first philosophy class on Plato and Aristotle – which was taught by a world class Aristotle scholar – I remember wondering about whether or not what Aristotle said about happiness was true.   Do all things – from plants and animals to humans and stars – just desire to be happy and will, without a doubt, be happy by living up to this or that unique purpose (which is built into its nature or form)?

What always stumped me was the fact that – as Freud would argue in his classic, Beyond the Pleasure Principle – some people seem to enjoy what makes other people unhappy: pain.  Could one learn more about humanity from reflecting on the condition of these people who clung to pain rather than to the majority of others who only do things that made them happy?  Does the desire for unhappiness teach us anything unique about humanity and about…ourselves?

In his book The Critique of Cynical Reason, Peter Sloterdijk argues that this study of these people and this way of life is necessary because it is the study of our modern historicity and consciousness.  Sloterdijk calls this study – nodding to Adorno – “melancholy science.”   And he names its object of study – which is at the core of modern historicity and consciousness – cynicism.

Instead of living in happy times, we live in times where things that once were great are now decaying and dying.  Since Sloterdijk believes that reflection on cynicism can, if peppered with embodied sarcasm, cynical rudeness, and biting satire, bring us to something greater than Enlightenment (it can turn into what he call’s – following Nietzsche – “gay science,” he insists that we need to face the death and decay of culture and ideas and the consciousness that arises in its wake.

Philosophy is the first and most important decaying thing he mentions in the preface:

For a century now philosophy has been lying on its deathbed, but it cannot die because it has not fulfilled its task.  Its farewell thus has been torturously drawn out. Where it has foundered in mere administration of thoughts, it plods with its demise, it would like now to be honest and reveal its last secret.  It confesses: The great themes, they were evasions and half-truths.  Those futile, beautiful, soaring flights – God, Universe, Theory, Praxis, Subject, Object, Body, Spirit, Meaning, Nothingness – all that is nothing.  They are nouns for young people, for outsiders, clerics, sociologists.  (xxvi)

The realization and “confession” that all things that the Enlightenment stood for are false is painful.  Sloterdijk identifies with the confession and goes on to cynically lament his (or rather “our”) historical condition of decay.  He laments that there is no longer any Hegalian “spark of the uplifting flight of concepts or of the ecstasies of understanding.  We are enlightened, we are apathetic.  No one talks anymore of love of wisdom.  There is no longer any knowledge whose friend (philos) one could be”(xxvi).  We are living, in other words, in a kind of numbness.  We would prefer not to feel the pain that we are all too familiar in the wake of philosophy’s decay and demise.

We are cynical because, although we know these things, we have learned to accept that in order to survive, we must accept that “knowledge is power.”  Everything is power.   And if a concept dies, it has no power anymore.   And we all know that “new values have short lives.”  We have gone through so many failed utopian ideas and have grown weary.

Sloterdijk argues that no amount of education will guarantee that “things will improve.”  If anything, he argues, that instead of solving “tomorrow’s ‘problems’; it is almost certain rather that it causes them”(xxvii).

The cynicism that Sloterdijk is not only describing but also performing must come to terms with itself and what is at stake.  What does it mean that we have become apathetic and indifferent because so many things are falling apart and are “problematic”?

Because everything has become problematic, everything is also somehow a matter of indifference.  This thread should be followed. It leads to a place where one can speak of cynicism and “cynical reason.” (xxxvi)

What is this place that Sloterdijk is talking about?  Where must the “critique” of “cynical reason” take place – if it can’t take place from an Enlightened objective position?  Sloterdijk’s answer is surprising and suggestive:

I believe that Critical Theory has found a provisional ego for critique and a ‘standpoint’ that provides it with perspectives for a truly incisive critique – a standpoint that conventional epistemology does not consider. I am inclined to call it a priori pain.  It is not the basis of elevated, distanced critique that achieves grand overviews but stance of extreme closeness – micrology.  (xxxiii)

From the place of pain and a “stance of extreme closeness,” suggests Sloterdijk, one can critique.  Does this mean that only critique that “matters” is one that feels pain and is painful to hear?  Sloterdijk insists that the only thing critique needs to do is find a language for what makes us uncomfortable:

If things become too close for comfort for us, a critique must arise to express that discomfort.  It is not a matter of proper distance but a matter of proper proximity.  The success of the word “concernedness” (Betroffenheit) grows from this soil; it is the seed of Critical Theory that germinates in new forms today.  (xxxiii)

The problem with this approach to critique is that its truth – its pain – comes into conflict with other pains.  Sloterdijk, however, doesn’t seem to catch this:

What we perceive of the world can be ordered in psychosomatic coordinates of pain and pleasure.  Critique is possible insasmuch as pain tells us what is “true” or “false.”  In holding this view, Critical Theory makes the usual ‘elitist’ assumption of an intact sensibility.   This characterizes its strength and its weakness; it establishes its truth and restricts the scope of its validity.  (xxxiv)

But what isn’t said here is that the “scope” of this or that pain’s (confession of pain, demonstration of pain, etc) validity depends on its ability to show that its pain is greater than all others.  What happens when there is a conflict or when one pain overshadows the other?  What truth is there in a world that throws one pain against another?  In the end, the bitter truth is that there must be power behind this or that pain for it be effective, worthy of critique, etc.

In its wake there will, it seems, always be cynicism or pessimism because, as Sloterdijk argues, there will always be a sense that history makes each of us unhappy.  All of us know too much and we know that in order to preserve oneself, one must still live on despite the disaster.

But, since the modern era is in the wake of the Enlightenment which rejected, as primitive, many medieval ideas about God, nature, and history, there is, also, to this a kind of elitism that develops.   It cannot, like the masses, be “dumb again.”

He draws this idea out of Gottfried Benn’s reflection on modern cynicism:

Gottfried Benn, himself one of the prominent speakers on the structure of modern cynicism, has provably provided the formulation of the century for cynicism, lucid and unabashed: “To be dumb and have a job, that’s happiness.”  But it is the converse of the sentence that reveals its full content: “to be intelligent and still perform one’s work,” that is unhappy consciousness in its modernized form, afflicted with enlightenment.  Such consciousness cannot become dumb and trust again; innocence cannot be regained.  It persists in its belief in the gravitational pull of relations to which it is bound by its instinct for self-preservation.   (7)

It gives in to the circumstances and has to live with its cynical consciousness because it has to act “as if” there is truth when they know there isn’t.  It is a kind of historical fatalism and a kind of bad faith.  It can only go beyond this kind of bad faith if it recognizes – in the wake of failed models – the danger and possibility of fascism (which Sloterdijk argues, is in tune with the pain of historical and cultural decay).    And it can only win if it does battle with it through another kind of criticism, which, though based in pain, mocks and makes fun of its dangerous opponent.

Sloterdijk believes that “ideological critique” fails because this is more than a war of ideas (which is something we get from the Enlightenment).  Only if there is a threat to one’s self-preservation, can there be an embodied sense of pain and only then can critique matter.   He calls this “kynicism” (with a k).   It takes the Diogenes and fuses it with the spirt of Nietzsche and Heine.  It makes arguments that are satirical and painful and in doing so it does something that ordinary “ideological critique” cannot do.     He calls this, in the spirit of Nietzsche, “gay science.”

Sloterdijk wrote The Critique of Cynical Reason in 1983, during the Cold War.  Even so, it has even more relevance today.  One merely look on Twitter to see how, on a daily basis, people, expressing pain, vie with each other for attention.   They are all battling with cynicism because the world – as a result of social media is changing so rapidly around us. It is “decaying fast.” So much so that it causes many of us to wonder who we are and what we can do.   We do things but…what is the true thing we can do?  Is it the battle against a fascist force which, in turning backward and toward something more universal, threatens to devour us all?  And if there are so many types of pain, which has the most value if all of them are vying for attention?

Taking Sloterdijk seriously would imply that we take historicity and decay quite seriously.  It would suggest that the comic aspects of existence only matter when they are seen against the tragic nature of modernity.  The endless circulation and evaporation of ideas, fads, cultures, things, media events, their nothingness, is the starting point for the pain and the battle which, Sloterdijk knows, is not so simple as a fight against fascism.   It is also a battle waged from countless angles and spaces.  It is not by any means unified and in the world where the battle rages there is a constant threat of implosion and disunity.  And yet, the cynicism comes when we know this but act as if nothing is going on.  It is numb but not dumb.

Strangely enough, the only way to change things, for Sloterdijk, is through a kind of painful thinking that is….satirical.   Once again, Louis CK comes to mind when thinking about how, in our world of competing forms of pain, one vies with another (and to make it more interesting, given over by a comedian who embodies the idea of “decaying fast” and painful critique):