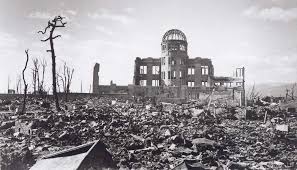 Walter Benjamin once said of Charles Baudelaire that his “genius fed on melancholy.” The “main accent of his modernity,” according to Benjamin, can be found in Baudelaire’s “spleen” or anger at the city and humanity. Reading Baudelaire’s journals, one can get a strong sense of how angry he is.  But, to be sure, his vision of Progress and Modernity is not just bitter; it is Apocalyptic. While Baudelaire looked to create a poetry that parried the shock of the city, he did so by creating more shocks:

What can be more absurd than Progress, since man, as the event of each day proves, is forever the double and equal of man – is forever, that is to say, in the state of primitive nature!   What perils have the forest and the prairie to compare with the daily shocks and conflicts of civilization? (May 13, 1856)

Baudelaire believes that the only way to address this shock is through attacking someone or something.     After engaging – in the same entry – in an attack on the greatest literary icon of his era – Victor Hugo – Baudelaire becomes dire and apocalyptic. He attacks religion and then humanity:

This man is so little of a poet, so little spiritual, that he would disgust even a solicitor. Hugo, like a priest, always has had his head bowed – bowed so low that he can see nothing except his own navel….And what is not a prayer? To shit is a prayer according to the rabble, when they shit…Man – all mankind, that is to say – is so naturally depraved that he suffers less from universal degradation than from the establishment of reasonable hierarchy.

After noting mankind’s depravity he claims that the “world is about to end.”   For Baudelaire, the world has gone down the tube because “we will perish by that which we have believed to be our means of existence.” Progress, in his apocalyptic view, will have “atrophied in us all that is spiritual, that no dream of the utopians will be comparable to the result.”

Society, according to Baudelaire, will destroy itself. “Humanity,” like “an avenging ogre,” “will tear their last morsel from those who believe themselves to be the legitimate heirs of revolution. And even that will not be the worst.”

What is worse than this kind of revenge and self-destruction?

Baudelaire writes that there will be “universal bestiality,” “gluttonous precocity,” and a “pitiless wisdom” which condemns everything “even the crimes of the senses.” Nothing will be outside the judgment of “utter ridicule” (which recalls his claim, in his essay “Essential Laughter” that laughter is satanic).   In this society, everything will be for sale. And “that age is perhaps very near; who knows if it has not already come and if the coarseness of our perceptions is not the sole obstacles which prevents us from appreciating the atmosphere in which we breathe.”

Reflecting on what he just said and what it means for himself, Baudelaire admits that he has within himself the “absurdity of a prophet.”   He also admits that he is bitter, disillusioned, wearied and defeated by the world:

Lost in this vile world, elbowed by the crowd, I am like a worn-out man, whose eyes see, in the depths of the years behind him, only disillusionment and bitterness, ahead only a tumult in which there is nothing new, whether of enlightenment or suffering.

Baudelaire, who prides himself on being a poet who turns his perceptions into symbols, sees his vocation and elitism as meaningless. In “his days of anger,” he wonders about why art matters?

Exhilarated by his own nonchalance and dandyism, proud that he is less base than the passers by, he says to himself, as he contemplates the smoke of his cigar: What does it matter to me what becomes of these perceptions?

These thoughts are seemingly nihilistic. And, if we follow his tact, by making shocking statements about the world and himself, he redeems himself from the shocks of the city.   He must, in other words, create an Apocalypse of words in order to save himself from the Apocalypse of reality. By reducing himself to nothing and practically giving up on his vocation (by shocking himself with his self-destruction and self-abasement), he may, ironically, be saved from the abyss of modernity. Only by being bitter and attacking everything sacred or meaningful can he be saved from the destruction that is growing around him. By doing this, he feels a certain kind of freedom….a freedom that can only be won by way of negation.