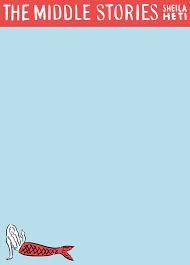 One of the major tasks of the modern Enlightenment project is to “demythologize.” As a part of this project all types of myths are challenged. They need not be changed by science, the humanities, and psychology, however. The greatest battling ground for challenging mythology may be in the medium that is used to convey myth; namely, narrative. These challenges can, so to speak, liberate the reader from certain expectations that are mythological in nature. The primary tool of these challenges is irony. But although they challenge myths, they do, still retain the relationship between narrative and reality. They don’t annihilate narrative so much as make it more uncertain of itself and open to something…other.

In his celebrated essay on Kafka, Walter Benjamin argues that Kafka put “little tricks” into his revisions of Odysseus (Ulysses), the Sirens, Poseidon, Prometheus, and other mythical beings of the West. Included amongst the things Kafka revises are also Jewish figures such as Abraham and the Jewish tradition.   In Kafka’s parables, the Sirens don’t sing; they are silent:

And when Ulysses approached them the potent songstresses actually did not sing, whether because they thought this enemy could be vanquished only by their silence, or because the look of bliss on the face of Ulysses, who was thinking of nothing but his wax and his chains, made them forget their singing. (431, Kafka: The Complete Stories)

Like Ulysses, vis-à-vis myth, Abraham is represented, by Kafka, in many ways that aren’t even found in the Midrash. In one version he is represented as a dirty school boy; in another he is likened to a waiter:

I could conceive of another Abraham for myself – he certainly would never have gotten to be a patriarch or even an old-clothes dealer – who was prepared to satisfy the demand for sacrifice immediately, with the promptness of a waiter, but unable to bring it off because he could not get away, being indispensable. (Kafka: Parables and Paradoxes: 41)

Benjamin says that while mythic characters are “promised redemption by the myth….Kafka did not succumb to it’s temptation”(117). Rather, most if not all of his revised characters are failures. And when we hear song, as in Kafka’s “Josephine the Mouse Singer,” this song is a song that is sung not to promise redemption so much as to offer temporary comfort.   As Benjamin notes, Kafka’s revised parables speak to the condition of Exile.

Sheila Heti’s first book, The Middle Stories, seems to be carrying on Franz Kafka’s tradition. Although she takes fairy tales as the subject of many of her short stories in the book and although she is doing something that seems to be similar to Donald Bartheleme’s Snow White or Angela Carter’s revisions of fairy tales in several short stories, Heti is doing something different.   While Bartheleme introduces countless contemporary elements into his revision of Snow White, he keeps everything on the surface and doesn’t attempt to explore the persona’s of his characters. And while Carter rewrites fairy tales to speak to feminist concerns and issues, she doesn’t pay too much attention to the subjectivities of her characters so much as the meaning of the tale.

Although they often stick to the surface, Heti’s The Middle Stories includes voices that tell us less about the meaning of this or that fairy tale as give us access to the female voices that trade in simplicity and traverse the territories of the fairy tale and modern life. What interests me most is the meaning of this simplicity and this traversal. These elements, I think, speak to our own sensibilities which, though simple, move back and forth between simplicity and complexity. This traversal – which is made along the lines of simplicity – gives birth to astonishment in the reader.

One such simple story is entitled “The Miss and Sylvia and Sam.” The story starts off by introducing us to the main character: “A FRIVOLOUS YOUNG Miss, who was a little bit proper and a little bit delicate”(21). The Miss is found in a market and, as she drifts from thing to thing, she picks up several items, takes them home, and looks over them:

She gets bored, yawns, “lifts up her arms,” and goes to sleep. In the morning she wakes up and goes to the market for more. But when she gets there, she meets up with a woman “from behind the stall” who says that she knows the Miss and that she looks “familiar to me”(22).   She goes further and claims that she knows the Miss “from another life”(22). At this point, the narrative veers off into the zone of new age mysticism (something one won’t find in a classic fairy tale).

In response to these claims, the Miss becomes apprehensive and says that this is “impossible….This is the only life I’ve had”(22). The narrator tells us that she becomes unsure of herself and doesn’t know what to say, so she tries to leave. But before she can go, the lady from behind the stall insists that she knows her and grabs her arm. She adds that she has had “dreams about her”(23).

In the next section of the story she is called by Sam who, apparently, is a love interest. We can see from her conversation with him that she is very modest. And their conversation – just like the words about it – is small, minimal. But though they speak little, there is also a sense of being bothered by something not spoken.

They said a few more words to each other and then fell to sleep, a little perturbed. (24)

The next section leaps, with the utmost simplicity, to the marriage of Sam and the Miss:

THREE WEEKS LATER the whole thing was arranged. The Miss was going to marry Sam, and Sylvia, the woman from the market, was going to be the flower girl. (25)

What should strike the reader as incredibly odd is the fact that the lady, who now has a name, is now a part of the Miss’s life. But the narrator is not astonished and acts as if it is all as it should be. Everyone is smiling:

Sylvia leaned back in her chair across from them, and she was all smiles too. “I’m so happy for you both. I’m so happy.  I just know it’s going to work out.” (25)

The Miss, excitedly, says she is going to help Sylvia out “with the business” and Sylvia is so in joy that “she is really going to do it”(25).   The section ends with this odd joy. The next section, however, introduces us back into the space of panic and paranoia.

A woman comes to the stall where Sylvia and the Miss are working and demands that specific ornaments be given to her, as if her life depended on it. Sylvia tells the Miss to go in the back and that she will take care of it. But as the woman reaches into her purse a thunderbolt comes down and “shot down straight through the woman shopper’s head, striking her to the ground”(27). The Miss screams out in shock and “continues to bawl as the rain poured down, harder and faster, drenching everyone and everything”(27).

The next section of the text is the wedding. And the Miss, Sam, and Sylvia act, once again, as if everything is perfect. The reader is left wondering how the trauma and Sylvia’s dealings with the woman will be resolved but this section offers no such answers.

The following section only increases the questions because Sylvia decides, the next morning, while cleaning (?), that she is leaving for three years. And she goes. But the last lines of the section break with the proper and delicate image of the Miss by turning to the pornographic genre:

The Miss and Sam lay in bed, licking each other’s bodies. Then he turned her over and took her from behind. (28)

The last section leaves us in more confusion since we learn that they are going to Israel. What, one wonders, does Israel have to do with this mixed genre story?   However, Sam notes that “there’s just one thing I forgot to tell you, dear”(28). Could this one thing give us the key to the text? Will it explain the mystery about Sylvia? Will it clear everything up?

But the strange and awful parts of the text, delivered with such simplicity, open up a whole realm of what is not said or can’t be said. The gaps between things are enormous. And by making these gaps and acting “as if” all is well when it’s not make for a kind of demythologizing of the fairy tale that is unique and exceptional.

To be sure, Kafka also made use of this in his parables that revised this or that myth. He did this so as to bring the reader into a wholly other relationship with the text.  This relationship prompts one to think about what’s not there as well as the striking simplicity of what is there. Together, this makes for a modern, existential, and torturous reading experience which has the virtue of grounding us in both simplicity and complexity. For Walter Benjamin (reading Franz Kafka), this is the effect of what he calls “reversal.”  Kafka and Heti’s “little tricks” accomplish this awful reversal.