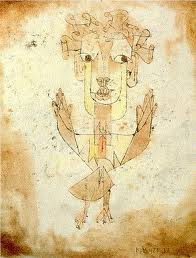 Scholem goes so far as to say that the messianic activist’s attempt to make her utopian dreams a reality is “impossible.”  And in saying this he, inadvertently, equates him with the schlemiel – the “lord of dreams.”

Dreams are seemingly harmless, but the fact of the matter is that, for Scholem, the actions of the “schlemiel activist” are dangerous, potentially nihilistic, and destructive.

There is something else besides the dream that the schlemiel and the messianic activist share: the schlemiel activist, like any given schlemiel in Yiddish literature, is bound to fail.  But the schlemiel’s failures do not necessarily lead to nihilism.

In Yiddish literature, the reader can understand that the schlemiel, an innocent, simple fool, is not at fault; society is.  His failures foreground the tension between hope for evil one day disappearing and skepticism knowing that human beings are generally bad and will never change. The schlemiel’s goodness, dreams, and failures are, for the skeptic completely meaningless.  The literary schlemiel keeps these two extremes in check.

In contrast: the messianic-schlemiel-activist fails; but her failures are disastrous.

Is there any way to avoid this disaster? More to the point, how does one avoid the dangers of secular messianism?

For Scholem, the secular messianic/utopian movements in 20th century politics continued the tradition of the “messianic activist” that began with Sabbatai Zevi (the false, Jewish Messiah of the 17th century) and the “Sabbatinians” who followed in his footsteps.  The secular messianic movement, which his brother actively participated in, perplexed Scholem.  He understood that the problem with this movement was that it confused religious and political concepts.  It was this confusion which could lead to nihilism and disaster.

He provides a diagnosis of such a confusion in a 1975 interview with Sdeemot: Literary Digest of the Kibbutz Movement.  The interview was with Muki Tsur, Sdeemot’s Managing editor.  Tsur asked Gerschom Scholem the following two questions about Walter Benjamin:

Muki:  Could you speak of your connection with Walter Benjamin?…Was the closeness and the tension between you and Walter Benjamin a kind of reenactment of your relations with your brother and with the secular messianic movement?

Scholem immediately hits on the fact that Benjamin confused “religious and political concepts.”  And that this “mix-up becomes a destructive element.”

This is even in his last writings. There were times when he knew the distinction very well and was careful about it, and was not prepared to discuss matters of history in terms of redemption.

But the times were few and far between:

The debate with a thinker like Benjamin was conducted on an altogether different plane from the one which I argued with my brother (regarding secular messianism).  My brother was much less profound and dialectical than Benjamin.  My brother did not at all believe in the possibility of utter rout.  He didn’t take it seriously.  A man like Benjamin took this seriously. Toward the end of his life he fell into total despair – as is evident in his published last letters.

In these last letters, Benjamin, however, is not simply caught up in despair by the fact that redemption would not come through secular politics in his lifetime.  Benjamin also drifts into meditations on the fool and comedy.  It is Benjamin’s reflection on the topic that brings out an admixture of hope and skepticism.  And I would argue that his appeal to the fool and comedy works, to some extent, to suspend nihilism.

(I will only touch on one of these letters.  In future blog entries, I will address others.)

In June 12, 1938, Benjamin addresses one of his last letters to Scholem.  This letter included a key mediation on Kafka.  After writing, with respect to Kafka, that wisdom is gone and that “only the products of decay remain,” we may certainly think that Scholem was right: Benjamin is in despair at the fact that his “messianic activism” has failed.  His confusion of religious and political concepts has led to this bleak reflection.

However, Benjamin turns things around when he notes that “Folly lies at the heart of Kafka’s favorites – from Don Quixote via the assistants to the animals….This much Kafka was absolutely sure of: first, that someone must be a fool if he is to help; second, only a fools held is a real help.  The only uncertain thing is whether such help can still do humanity any good.”

With this question, Benjamin seems to be standing, at the end of his life, between hope and skepticism.  And, after waking from his dream, he seems to no longer be confusing religious and political concepts.

Regardless, the question stands, for Benjamin, Scholem, and this blog: Can the wisdom of the fool do humanity any good?

2 thoughts on “Can the Wisdom of the Fool Do Humanity Any Good?”