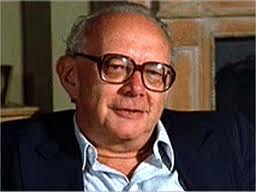 Irving Howe is most well known for being one of the “New York Intellectuals.”  He was born in the Bronx in 1920 to immigrant parents.  His name at birth was Irving Horenstein.  Like many children of immigrants, he went to City College in New York and there he met other “New York intellectuals” such as Irving Kristol and Daniel Bell.  Howe was interested in radical politics and literature.  He had written in both fields and had gained acclaim in each.

But as Leon Wieseltier claimed in his 1993 New York Times piece entitled “Remembering Irving Howe,” “What kept his eyes and his heart open, however, was not poltics.  It was literature.  He loved nothing more.”  Wieseltier points out that Howe’s approach to literature was eclectic.  He turned to literature to “learn about life, but the life about which he most wished to learn was the hard and lumpy common one.”  Nonetheless, Howe “despises proletarian art, and the ways in which populism and mass politics tortured the writer.”  On the other hand, he also couldn’t stand “art’s high priests.”  Given this kind of taste, Wieseltier tells us that “Irving’s greatest thrill was high art that felt democratic.”

After noting this, Wieseltier moves to Howe’s taste for Yiddish and his efforts to save a dying language by way of criticism, edited editions, and writing.  What is so interesting about this move is that Wieseltier leaves a gap between Howe’s love for “high art that felt democratic” and Howe’s love for a dying language.  Wieseltier, nonetheless, does give us a clue since he briefly focuses on Howe’s sense of what constitutes Jewishness.   I see this as a clue because Howe’s interest in Yiddish literature and Jewish American literature was primarily driven by his own personal sense of what Jewishness is or better yet was.  Jewishness, to be sure, pained Howe because he saw it as dying with post-WWII America.

for decades Irving threw himself into the task of rescue, editing and introducing and writing about what he made famous as the “world of our fathers.”  He was without nostalgia, but he was not without grief.  I cannot count the the number of breakfasts at Leo’s on East 86th Street that were take up with the disappearance of that world, with the decline of secular Jewishness.

In his introduction to Jewish American Stories, which he edited and published in 1977, Howe delves into the meaning of Jewishness by way of Jewish-American literature.  Given Wieseltier’s words, we can truly see that this compilation looks to rescue that ‘world of our fathers” by showing that Howe is not alone in his efforts.  To be sure, Howe draws out a host of authors which includes Saul Bellow, Norman Mailer, Philip Roth, Bernard Malamud, I.B. Singer, Stanley Elkin, etc.  For him, these writers write in the wake of immigrant Jewishness.   They are writers who live in the period of assimilation and post assimilation.  What, he wonders, will be the “foundation” for Jewishness after Jewish life has migrated from the city to the suburbs and beyond.  How long will this “foundation” show in the work of later Jewish-American writers?

Taking the perspective of a historical materialist, Howe initially situates Jewishness in different places.  Writing of “some writers in this book, like Gilbert Rogin, Paul Goodman, and Daniel Fuchs,” Howe notes that “what comes through, as pathos, comedy, or both, is the continued power of origins, the ineradicable stamp of New York or Chicago slums, even upon grandsons and granddaughters who  may never have lived in or seen them” (6).

Out of this general reflection, Howe tries to derive some particulars about Judaism:

But is that not an essential aspect of Jewish experience? – the way that past grips and forms us, and will not allow us to escape even when we desperately want to.  Or the way we come to feel the anxiety of loss, a depression of abandonment, even when we do escape. (6)

The last point is autobiographical.  Howe does see a link between his Jewishness and his geographical roots.  Citing Eudora Welty essay entitled “Place in Fiction,” Howe drives the relation of place to Jewish identity to its limit by saying that all literature is related to place:

“The truth is, fiction depends for its life on place.  Location is the crossroads of circumstance, the proving ground of ‘What happened?  Who’s here?  Who’s coming?’ and that is the heart’s field.”

For “many Jewish writers,” notes Howe, “‘the heart’s field’ will forever be those gray packed streets, turbulent and smelly, which they have kept from childhood, holding them in memory long after the actuality has been transformed or erased”(7).

But Howe knew that although this emphasis on locale was important, it was not sufficient for explaining the uniqueness of Jewish-American literature – and Jewishness – in a post-assimilation American context.  Another element he looks to is the family.  He argues that while we see the individual stressed by Emerson, Thoreau, Whitman, Melville, Hemmingway, and Fitzgerald, we see the family (or struggles with the family) emphasized in Jewish-American literature.

After passionately arguing for the relevance of location and family, Howe testifies to the fact that, ultimately, Jewishness “suggests a certain vagueness.”  To be sure, he puts the word “Jewishness” in scare quotes and notes that “when one speaks of “Jewishness,” it is to invoke a spectrum of styles and symbols, a range of cultural memories, no longer as ordered or weighty as once they were yet still able to affect experience”(10).

And this fact is what astonishes Howe.  It also troubles him as he doesn’t know how long the awareness of Jewishness will last and have an impact on American Jews.  He notes that American Jews, in the 70s, did think of themselves as distinct and argues that there is a “persuasion remains that ‘we’ (whoever we may be, however defined or bound) must live with a sense of our differentness and perhaps draw some sustenance from it.”  Without this sense of “differentness,” without the “assumption that there is something distinctive in ‘Jewishness’, the standard for many to affirm or others to violate, the (Jewish) story would verge on incoherence”(10).

But this is a vague standard.  And Howe struggles to clarify it.  To this end, he cites himself, Osip Mandelstam, Harold Rosenberg, Saul Bellow, Issac Rosenfeld, and Phillip Rahv.  Each of these citations points out a unique aspect of Judaism.  Mandelstam says that the slightest hint of Judaism fills up an entire house and one’s life; Bellow points out that Jewishness is found in the intimate relation of laughter to trembling; Rosenberg notes that Jewishness is found in the possibility of linking a Jew with the “collective and individual experience of earlier Jews’; Rosenfeld notes that Jewishness is rooted in cultural and historical marginality; and Rahv notes that for a Jewish-American writer like Bernard Malamud, as opposed to Dostoevsky, suffering is not idealized; rather, “suffering is not what you are looking for but what you are likely to get.”

Howe, in contrast to them, notes that, for many post-assimilation Jewish writers, Jewishness has to do with endless self-questioning (even when things are ‘normal’): “They had achieved a ‘normal life’ in America, and for those with any taste for self-scrutiny, it was a life permanently beset by the question: who am I and why do I so declare myself?  To live with this problem in a state of useful discontent was perhaps what it now meant to be a Jew.”

Although Howe considers all of these views to be important and although he does think that Jewishness has to do with questioning who one is and why one would “declare” oneself a Jew, today, he laments the loss of a sense of tradition in today’s Jewish-American writers (that is, for him, in the 1970s). A “lapsed sense of tradition” won’t help or doesn’t help.  What he sees today are remnants of Jewishness which are not anchored in any historical memory or “felt” experience.  And this makes him worry since that historical sense and experience are related to a historical origin which, as we saw above, is linked to certain locales and experiences that are fading.

Howe ends his introduction in a pessimistic manner.  While he feels that “there remains, to be sure the problem of ‘Jewishness’, and the rewards and difficulties this definiton may bring us,” he notes that it “does not yield a thick enough sediment of felt life to enable a new outburst of writing about American Jews.”  Today, since the “felt life” is missing, much Jewish writing is a “matter of will or nerves, and not enough of shared experience.”

This claim, made in the late 1970s, finds interesting resonance in the schlemiel of today.  Did this character’s popularity emerge out of “will or nerves” and not “shared experience” or does the schlemiel and its popularity come from another source of experience?  I want to end this blog entry with this question and return to it.  It gives a lot of food for thought since there are Jewish American writers today like Shalom Auslander, Nathan Englander, and Gary Shteyngart (to name just a few) who draw on the schlemiel in their work and find this character to be vital.  In addition, we see this Jewish character is and has been prevalent in films, TV shows, and stand-up comedy as well.  But does its “Jewishness” remain?

Questions for Reflection: Is the fact of its popularity and its appeal to Jewishness a remnant of a dead past?  What experience does it draw on? And has the schlemiel become, as Daniel Itzkovitz has argued in an essay entitled “They are all Jews” the “everyman”?  If Itzkovitz is correct, was Howe right?  Has Jewishness passed into Americana?  Or is this only the case for Hollywood but not for the world of Jewish-American literature?  If there is a tradition of the schlemiel, what makes it Jewish?  And where does it live on?