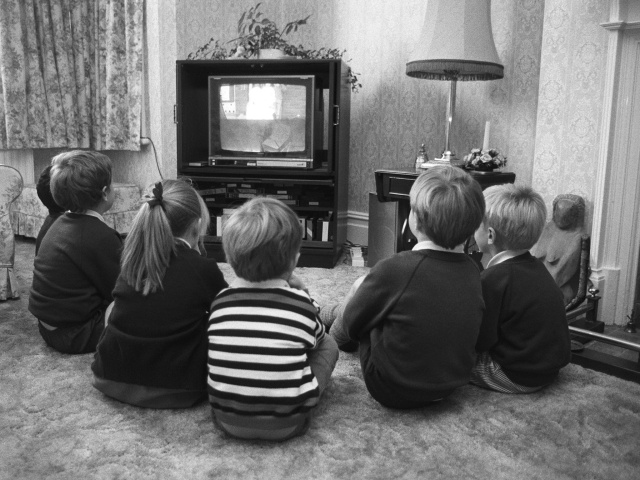 I recently came across an article in Slate that suggested that the “spiritual journey,” which rejects stuff in the name of “experience,” was a hoax.  I put all of these things – save stuff – into quotation marks because that’s exactly what the author of the essay does.    The author, Elissa Straus, thinks that experience is a cloak for sexism.  She takes aim at Henry Thoreau to bolster her argument:

The first proponent of experience over stuff that many of us come into contact with is Henry David Thoreau, who so quotably “wanted to live deep and suck out all the marrow of life, to live so sturdily and Spartan-like as to put to rout all that was not life.” But, as Kathryn Schultz enumerates in her glorious takedown of Thoreau published last year in the New Yorker, what “not life” really meant was engaging in “a fantasy about rustic life divorced from the reality of living in the woods, and, especially, a fantasy about escaping the entanglements and responsibilities of living among other people.” In other words, it wasn’t so much stuff that he gave up—and while he did give up a lot of stuff, he got to choose what to live without—but people.

This argument suggests that what Thoreau meant about experience was sexist because it is solitary.  That would mean that any solitary experience, which needs to put people aside in order to think or come close to God, is sexist.   This would imply that philosophy and mystical experience are, by their very nature, sexist.  Women – many a saint – would also be regarded sexist for this gesture.

Straus goes on to argue that the proof is in the Beat “pudding.” It was men, not women, who went “on the road.”

The Beats made the Thoreauvian agenda of routing out “not life” their own—and adapted it to a postwar consumerist America. Minimalism for them was seeking residence in the automobile and open road, which they would accessorize with cigarettes and women. (Both of which were disposed of, and replaced, with a near-equal ease.)

Apparently, we have inherited this sexist legacy.  The desire to travel that many youth take on – for the sake of experience – is really a rejection of the domestic (which is, for the author, a feminine space):

The present day inheritor of this tradition is the regular traveler, a creature enabled by our age of affordable airfare and open borders, inspired, perhaps, by the highly produced peregrinations of Anthony Bourdain. His or her tastes might not run as expensive as Tony’s, but the insistence that experiences matter more than stuff endures. But as with those who came before, it’s the domestic, and not stuff, from which they are really rebelling.

The author, now in her 30s and running a home, suggests that she learned her lesson and that she was, in short, duped by this privileging of experience:

I fell victim to the experiences over stuff paradigm in my early teens and spent much of my 20s trying to live up to Thoreauvian and Kerouacian notions of self-actualization. I’m now, at 36, about eight years into the “stuff” phase of my life (mortgage, husband, kid), and I have learned far more about myself during this period than I ever did while sojourning around the globe. Domestic stuff—our couch, our dining table, the bathtub, the dishwasher—don’t just serve as the backdrop to my life; they are the tools we use while engaging with one another, and ourselves. Experiences. I’m living what Thoreau would likely consider “not life,” and I find it far more life-affirming than anything I could achieve alone in a cabin in the woods. A pity Thoreau never gave it a shot.

While I understand the importance of the domestic, I don’t think that the rejection of the journey in the name of the domestic (a kind of Nietzschean inversion of the Platonic – matter over ideas, etc) is the right route to take.  It suggests another kind of metaphysics that, I fear, is growing in America and in many first world countries. For arguments sake, let’s call it a a metaphysics of the couch.  This rejection of the adventure of experience has a deeper root that needs to be exhumed.  Moreover, in response to this article I think it is necessary to recover the notion of experience and reconfigure it with the domestic.

To explain, I’d like to contrast two types of experience.  Emmanuel Levinas contrasts the experience of Odysseus (in Homer’s Odyssey) to the experience of Abraham.  In his contrast, he notes that Odysseus leaves home and comes back to home. After leaving Ithaca and defeating many mythical creatures by virtue of his cunning, he exalts (as Theodor Adrono would say) the power of the reasoning self which is the master of nature and the home.  In contrast, Abraham is commanded to leave home and not to return to it. He goes out toward the other and to a land which, in the future, will be shown to him.  The contrast is between a kind of experience that is more masculinist to another that is relational.

The author of the article needs to reframe her argument to include both types rather than reject one for the other.  Kerouac and Whitman, to be sure, wanted to meet people.  They went outward. Their experience was not for their own sake. Whitman’s multitudes were not private experiences.  They were meant to be shared and worked to encourage us all – all Americans and all people who read him – to experience the world (which includes nature and people).  And in this he was a lot like Abraham.

The home, no doubt, is very important and essential.  It needs to be balanced out with this. While Whitman and Kerouac went out on their own, Abraham took his family with him on his travels.   And he also loved brining strangers into his home.  Experiences can be had inside the home, too.

Levinas writes extensively on the domestic and the home in his book Totality and Experience.  He suggests that the home is nourishing and that alterity can also happen in the home. As I suggested above and as the thinker Jacques Derrida has also suggested, in one’s home the host becomes the guest.  There is an inversion that occurs when we serve others.  I would also suggest that everydayness can become other as well by way of humor.

That aside, the metaphor of the journey (or experience) needs to be retained.  Whether in the house or outside of it, the minute we reject the notion of the journey we fall into the hole of everydayness in which nothing is new and in which wonder slips between the cracks.  Traveling is another way of going outside of oneself and one’s narrow perspective.  Staying at home, surfing the internet, checking Facebook every ten minutes, or watching Netflix on the couch with your family or a few friends, is an affirmation of a “metaphysics of the couch.”   And this would be a mistake.  We need to seek out transcendence and get away from our everydayness. To see the world as a mirror of your home doesn’t help.   Another kind of vision is needed and that requires a different way of thinking.

Instead of falling into the trap that a film like Neighbors proposes where there are only two options (nostalgia or accepting everydayness), we need to look at the spiritual experience (which is possible through movement and movement alone) differently.  Instead of snickering at it and finding it cliché, we need to once again ask when and how it is possible.  To be sure, the very act of thumbing our noses at experience – as this article does – is an act that reinforces a metaphysics of the couch.     The affirmation of stuff over experience is a dead end.  We just need to recover what was once called experience.

How can we make our world wonderful again?  Isn’t the claim that experience is over the greatest obstacle?  Aren’t we always moving toward the other and isn’t this an experience?  Where do we draw the line?  Perhaps laughter at this trade off can bring us back to our senses?  Perhaps the schlemiel – who often stumbles and spills the soup on people – leads us to rethink where we are moving?  After all, he’s on a journey and although s/he doesn’t always learn from his experiences, s/he is going somewhere.