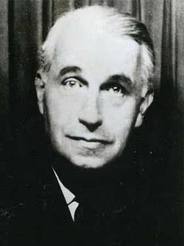 After speaking about pride, power, and “striving to be the best,” George Bataille – in his book Inner Experience – basically gives up and surrenders to childishness.  As I have pointed out before, Bataille goes against the grain – as he usually does – and praises childhood as a form of redemption or “deliverance” from the game of being a “man”:

Childishness, knowing itself to be such, is deliverance.  (44)

However, here, Bataille tells us that if one takes childishness “seriously,” one will be “enmired.”   If one takes childhood seriously, one will turn it into one other habit: “dependent on childishness.”  Rather, the right attitude to take with childishness, which, lest we not forget “is deliverance,” is to “laugh at it.”  But if one has a “heavy heart,” one cannot.  And if one is able to laugh at it, “then ecstasy and madness are within reach.”

But isn’t such laughter a laughter of superiority; that is, the laughter of an adult who looks down at and laughs at childishness?

Anticipating this, Bataille argues that “childishness recognized as such” is the “glory, not the shame of man.”  In other words, even though one laughs at, Bataille suggests that such laughter is respectful!

However, Bataille wants to entertain another view on laughter; namely, the view of the English philosopher Thomas Hobbes, who claims that “laughter degrades.”  If one takes this view, and Bataille doesn’t reject it, then “one reaches the depths of degradation.”  To be sure, Batialle also enjoys this shameful state.  And he argues that “nothing is more childish” since it discloses a kind of blindness to the “glory” of man found in childishness.  However, it seems as if Bataille embraces both: the glory of childishness and the blindness to that glory which is mired in degradation.  He wants both, or so it seems.

Bataille takes his final turn toward childishness by thinking of its limit: death.

How, wonders Bataille, do we see the human being in his last moments of life?  (This question is one that Leo Shestov entertains in his essay “Penultimate Words.” And, like Bataille, Shestov is interested in an approach that doesn’t take death with utmost seriousness as well as a position that does.).  To be sure, Bataille sees him or her as a child.

The most serious seem to me to be children, who don’t know they are children: they separate me from true children who know it and who laugh at being. (44)

Bataille’s exercise in meditating on childhood is fascinating because by telling himself that those who don’t know cut him off from “true children,” he is suggesting that their blindness prevents him from laughing while knowing that the serious exists.  In other words, the very thing that limits him most is the blindness people have in the face of death – the knowledge of this blindness, which is the blindness to their own childishness, is what irks him most and keeps him from completing his own exercise of laughing and becoming childish in the face of death.  It is his knowledge of the other’s blindness that keeps him from what he desires most deeply.  And, apparently, he can’t seem to get rid of it.  No matter how beautiful his formulation of childishness is, it cannot be enacted because these kinds of people and this kind of blindness exists.

How humiliating! It seems that Bataille will never be delivered from the process of becoming a man and perhaps that makes him, in some way, a schlemiel.