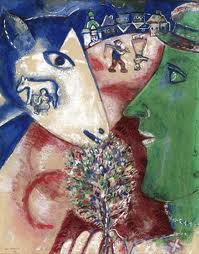 We all know what its like to be a stranger in a crowd.   The fact of the matter is that in big cities people are thrown into a situation where they are anonymous and alone.  We get used to it and some even crave being alone.   We hide away as we walk through urban streets and ride through the caverns of the city on subways.  And, like many who hide away, we like to look and not be looked at.  We are voyeurs and this isolated state leaves us without a world.  And, as Hannah Arendt has noted, a person is “worldless” if he or she is not seen.   Unfortunately, many of us would prefer to be worldless voyeurs.  And what we fear most is being caught.

But there is more to the story.  When we are confronted by a stranger, this experience may, at one and the same time, be a shock and a challenge.   This is the sense one has when one reads Edgar Allen Poe’s “Man of the Crowd.”  In that story, the main character sees someone very unique. Someone who sticks out in the crowd:

With my brow to the glass, I was thus occupied in scrutinizing the mob, when suddenly there came into view a countenance (that of a decrepid old man, some sixty-five or seventy years of age)-a countenance which at once arrested and absorbed my whole attention, on account of the absolute idiosyncrasy of its expression. Any thing even remotely resembling that expression I had never seen before. I well remember that my first thought, upon beholding it, was that Retszch, had he viewed it, would have greatly preferred it to his own pictural incarnations of the fiend. As I endeavored, during the brief minute of my original survey, to form some analysis of the meaning conveyed, there arose confusedly and paradoxically within my mind, the ideas of vast mental power, of caution, of penuriousness, of avarice, of coolness, of malice, of blood-thirstiness, of triumph, of merriment, of excessive terror, of intense-of supreme despair. I felt singularly aroused, startled, fascinated. “How wild a history,” I said to myself, “is written within that bosom!” Then came a craving desire to keep the man in view-to know more of him. Hurriedly putting on all overcoat, and seizing my hat and cane, I made my way into the street, and pushed through the crowd in the direction which I had seen him take; for he had already disappeared. With some little difficulty I at length came within sight of him, approached, and followed him closely, yet cautiously, so as not to attract his attention.

What we find in Poe’s story is the voyeur who passionately follows the “man of the crowd” in hope of not being discovered.   Now, imagine that instead of seeing the man in the crowd, one first hears him.  And instead of him being someone who only inspires horror and fascination, he also inspires joy and even prompts redemption and transformation.  And also imagine that one is found out and seen by the man in the crowd.  One is gazed at by the person one hides from.

The symbolic aspect – which can be found in Edgar Allen Poe and his French translator, Charles Baudelaire – is put at the beginning of the parable by way of reference to a “dream adventure” in which the schlemiel appears in the “middle of the night”:

In one of those dream-adventures, he appears in the central square of a small town, in the middle of the night.

But “he” is different from the “man in the crowd.”  He makes himself known and disturbs the entire town.  He is not an anonymous figure in a crowd that the writer/philosopher follows.  And his disruption is not his appearance; it is a sound. To be sure, a noise:

He whistles loudly. Everyone is awakened.  Then, with a second whistle, he shatters plaster moldings and chandeliers, bringing mirrors and paintings crashing to the floor.   Landlords and tenants pour into the square.  They run toward the sound of the whistling and find the idiot standing by the fountain.  (111)

In response to the idiot’s disruption of the town, he is singled out and accused of “destroying property.”  The idiot/schlemiel – like many schlemiels in the Jewish tradition – has no idea that he has done something wrong:

He looks around in bewilderment, his hands resting on his hips.

In the midst of all this, a “man in his later thirties,” a writer, “shakes a crumpled sheaf of papers in front of the idiot’s face.  ‘This was all that is left of a manuscript which was to teach the world!”

The narrator that tells us that, as they were about to “lynch him” the idiot surprised them and said that he didn’t want to destroy their property; he just wanted something to eat.  But, while looking for food, he noticed something odd. And he had to whistle. He whistled because he saw “dark hosts gathering in the sky, preparing your annihilation.”  His whistling, he believed, would scare them away.

One of the people in the crowd confronts the idiot-slash-Holy-Fool by calling him out on his mission.

“If I understand his words correctly…this imbecile claims to have been sent to save us.  And to the idiot: “Answer me this, then: If you are really the rescuer you portray yourself to be, where does that power come from anyway?  From a holy place, or somewhere else?”

In response to this, the idiot’s face “lights up” and he says that his power is not really his and that “what has happened here is not done by own will or calculation. I do as I am told.”

In other words, the idiot literally interprets himself as a schlemiel which can be read as Shelach (sent) m (from) el (God).  He has no will.  His will is the will of the master.  And his master, it seems, wants him to whistle and disturb the entire town.

The idiot goes on to explain to the crowd that he, in fact, was at one time a mystic and wealthy (“I had everything: wealth, glory, and wisdom.  I could read minds and predict events”).  But he met a sage and lost all his powers.  And was told that he should devote his time to people.  This, says the idiot, was a revelation that caused him great joy:

What a relief that was!  He cleared my head.  I went out of there as a free man. I danced in the streets.  I howled.  And I whistled.  I whistled so much that my mind became an empty chamber.  Within that emptiness, which was devoid of all my intellectual acrobatics, I suddenly made an extraordinary and sublime contact with the sage, my Rebbe.  For just an instant, I ceased to be a separate self. (113)

After saying this, he throws water on his face from a nearby fountain and says he must leave.  But as he leaves he calls on the people to stop fighting with him and to, instead:

“Fight the enemy! But now how to do it.  For he is…illusion.  This is why he appears so overwhelming.   So take my advice.  Have no pity.  Use your breath.  Whistle as I do.  With the breath of pleasure we have sinned, and through the breath we shall be redeemed!”

But after stating this message, he “whirls around and peers through the crowd, scanning the faces as though expecting to find someone.”  And, lo and behold, who does he find but the writer:

Like the philosopher/writer who is following the “man of the crowd” and who fears to be seen, the writer is found out and publicly accused.  This is a moment of surprise and shock which will, ultimately, prompt a transformation:

“And you! the idiot says.  “Be sure to despise evil with every fiber of your being.  You’ll see that it will make you a better writer.   As you run from evil, you will acquire rhythm, through which your soul will speak more freely.”

What is so emblematic about this scene is that the writer, like Sancho Panza, is taking his directives from a Don Quixote figure (the idiot/schlemiel).  The problem is for the writer to accept this mission.  And this mission, in contrast to the secular mission of the writer, is religious.

In response to this, a woman in the crowd speaks out, an “old librarian,” and says that she has “groomed this gentleman from youth.  And I have seen him blossom into the finest writer of his time.  Now you come, carrying on with crazed grandiloquence about clouds and evil forces, to lure the very spiritual genius from our midst!” After saying this, she notes that what the idiot sees as right and wrong is not the same for what others would deem right or wrong.

The idiot doesn’t speak; rather, he gazes at the writer.  The writer, shocked by this gaze, feels as if he has seen him before:

But where? Was it in dreams?  No, it was in his life. Where then?

In this midst of this confusion and in the face of the “old librarian’s” defense of his work and life, the writer makes his decision with his feet and follows the idiot.

They disappear from the place. The townspeople return to their homes.

This ending echoes and resists Poe’s “Man of the Crowd.”  He is fascinated with the idiot; and like the writer/philosopher of Poe’s story he feels “as if” he knows him from somewhere.  But unlike Poe’s story, he is broken out of his space and follows him out of the town.  He is singled out; he is no longer anonymous.  And this singling out, which was initiated first by whistling, privileges the breath.  Abehsera is suggesting that the writer draw his life from this idiot and his revelation and not the librarian.  He suggests that writing should find its basis in disrupting evil and not fighting the town.

This is a religious path spurred by a religious schlemiel.  In the next blog entries, I will look into where the idiot takes the writer and where this parable takes you, the reader. I would like to suggest that what we have here, in this parable, is a sketch of a schlemiel, his mission, and its meaning.   This meaning is not the same as the secular schlemiel, but, ultimately, the secular schlemiel is also interested in fighting evil.  What is at stake, it seems, is the writers estimation of what evil is.  And the schlemiel’s form and mission – as well as the writer’s – will take shape in light of this estimation of evil.

And it all starts with a whistle and a gaze which singles out the writer and fool in the crowd….