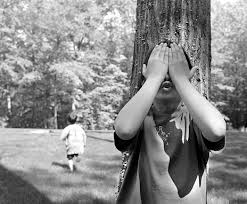 Yesterday’s blog ended with several questions which puzzled over why Walter Benjamin or Georges Bataille would be so interested in “returning to childhood” or describing the “true child.”

Before going to sleep last night, I thought about these questions.  But instead of simply thinking about them, I thought about myself.  After all, I am as intrigued with childhood and the fool as they were.  But was I fascinated for the same reasons?

In thinking about this, I turned to a blog entry I wrote earlier this week entitled “Damaged Childhood: Fools, Self-Destruction, and Reclaming Youth,” There, I pointed out how Walter Benjamin, in his essay of Fyodor Dostoevsky’s The Idiot, argued that Dostoevsky’s book was a response to the “failure of the youth movement” and a “damaged childhood.”

Although he believes that this must be done, because a return to “childlike simplicity” has “unlimited” healing powers, he also admits, in the same essay, that it is desperate and pathetic.  We see this, Benjamin says, in the novel’s characters.

The Idiot, in effect, is not simply the illustration of a desire to return to childhood; it is a displacement of failure.

Its astonishing how Benjamin’s writing on children, in many ways, parallels that of Dostoevsky’s The Idiot.  It seems that, in the face of this political, secular messianist failure of the “youth movement,” Benjamin, in his own work, displaced his failure and turned to the micro-worlds of children.  In these worlds we see a “childlike simplicity.” We see micro-worlds that exist within the world of adults.  This retreat into micro-worlds may not only be seen as a response to a “damaged childhood” but it can also be seen as a response to a failed (or incomplete) political project whose goal is to “return to childhood.”

We see much evidence of this in Benjamin’s book One Way Street.    Even though Benjamin does address the political on and off throughout the piece (this is the part that many Benjamin scholars and Theodor Adorno focus on, in fact) he has an entire section on children.   It consists of several aphorisms.  The subtitles of each are the following: Child Reading, Belated Child, Pilfering Child, Child on Carousel, Untidy Child, and Child Hiding.

I would love to discuss all of them over the span of several blog entries.  For now, I just want to note a one (preliminary) thing and relate it to my own personal interest in the schlemiel and childhood.

Since I am a lover and practitioner of literary interpretation and exegesis, the first thing I did when I glanced over this section was to notice and think about the first and last entries.  The first entry is entitled “Child Reading” while the last one is entitled “Child Hiding.”

This, for me, states something meaningful about Benjamin and his response to a “damaged childhood.”  His reading, the reading of a child, is a way of hiding in a micro-world.  And, as Benjamin says at the end of that section, he is hiding from a “demon” and the places he finds to hide in are “magical.”  Reading, exploring space, and constructing micro-worlds (hiding places), are his “magical” way of avoiding terror (“the demon”).  To be sure, the entire section on childhood is prefaced by a line which gives us a clue of this response to trauma: “To be happy is to be able to become aware of oneself without fright.”

Indeed, Benjamin’s self-awareness, his awareness of his, so to speak, childhood demon, is terrifying.  But Benjamin, like the child, has found a reading strategy, a way of hiding that enables him, like a child, to becomes “happy” without fright.  Seeing himself as this child, the child in the text that he writes of, he finds a way to address trauma.   In his reading spaces he is hidden and sheltered from trauma.  To be sure, he seems to be alluding to this throughout his section on childhood.

To be sure, Benjamin, like a child, is more intrigued with his hiding spaces, his mirco-worlds, than with the world.  He goes to these places out of terror.  A schlemiel does this as well.  A man-child dwells and travels through spaces within the world, spaces that are unfamiliar to the world and its preoccupations.  Ultimately, these journeys through space that the schlemiel-slash-man-child takes are responses to something hidden, something he can’t understand.  The schlemiel, in his “childlike simplicity” just moves on.  He doesn’t notice the disaster, perhaps, because it would destroy him.

Growing up with a father who had a wild imagination, loved politics, liked to travel, tell stories, and often confused dreams and reality, I often felt like Sancho Panza following Don Quixote through space and time.  I inherited my father’s response to his own trauma, which, as I learned, is to find and create micro-worlds where one can hide.  The key, however, to such childish games is to know not simply how to read but how to tell stories.

Growing up, I felt that I had to listen to and interpret these stories. Each story, as it were, was what I would call a “traumatic imperative.”  But these stories were not simply told.   They were written over various spaces, people, and time.  My father’s micro-worlds were not in a book; they were found in this or that pocket of reality.  My (as Benjamin might say) “self-awareness” was caught up in these spaces.

When dream and reality overlap, reality becomes a book.  It comes to life.  However, its meaning, because it is confused, is unclear and, as Benjamin knew and my father always reminded me, terror seems to be waiting around each corner.  Like Benjamin, my father taught me that if you are to return to childhood, if you are going to live out your schlemiel-hood through time and space, you must know how to play hide and seek.

Its the game that every failed messiah – that is, every man-child who comes out of a damaged childhood – plays.